John Lewis: A Civil Rights Hero To The Very End 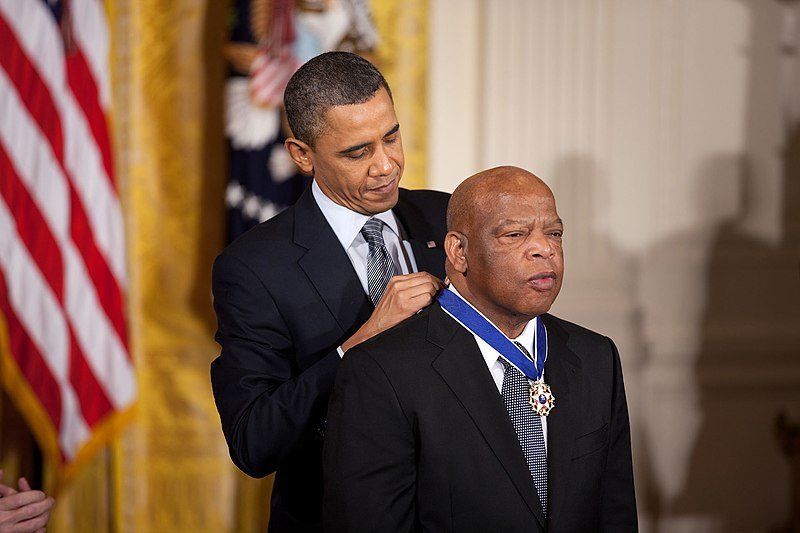 If you can’t fly then run, if you can’t run then walk, if you can’t walk then crawl, but whatever you do you have to keep moving forward. ~ Dr. Martin Luther King

When we visualise the ideal leader, many qualities, skills and abilities come to mind. We often ask ourselves the question, “What does it truly mean to be a leader?”

One trait that runs across many definitions of leadership is the ability to inspire: to possess the authenticity and skills necessary to move people from one place to somewhere better.

One of America’s great leaders, the late Congressman and Civil Rights advocate John Lewis, was born in 1940 in Alabama during a time of severe racial discrimination and segregation. Although he enjoyed his childhood, the divisions caused by racism bothered him endlessly.

As a young black man, he and his community were prohibited from doing so much – even to use the same shop counters as white people – simply because of the colour of their skin.

At that time, racial segregation was sparking high tensions, and young John Lewis’ family advised him to keep his head down and simply get on with things. Better to be safe than sorry. But the advice fell on the frustrated ears of a young man who would help alter the course of America’s destiny.

It struck a nerve

In a TV interview, Lewis (who served as the U.S. Representative for Georgia’s 5th congressional district since 1987) recalled the indignity he felt over racial segregation, and spoke of the compelling desire within him to bring about equality for his people and justice for his country.

“When I was growing up in rural Alabama as a young child, we’d visit places like Troy and Montgomery, and I would see those signs that said ‘White Men’, ‘Coloured Men, ‘White Women’, ‘Coloured Women’…I would ask my mother, my father, my grandparents (why the signs existed) and they would say ‘That’s the way it is – don’t get in the way: don’t get in trouble.’

“But I heard of Rosa Parks, I heard of Martin Luther King Jr. I met Rosa Parks in 1957 when I was 17. In 1958, I met Dr. King and these two individuals inspired me to get in trouble, and I’ve been getting in good trouble, necessary trouble ever since.”

Read: A Mind Is a Terrible Thing to Waste

In the years that followed, John Lewis became active in the civil rights struggle, enduring multiple beatings and arrests along the way. Undeterred, he remained strong in spirit and found his faith firm in God and the cause for liberty and equality. He would spend years fighting for black Americans to receive equality as promised by Abraham Lincoln over a century before.

John Lewis – who passed away on July 17, 2020 – was present and spoke at the historic March on Washington in August 1963, where Dr. King delivered his iconic ‘I Have a Dream’ speech in front of 250,000 people who stood gathered at the Lincoln Memorial. The march resulted in the Civil Rights Act becoming law, but the fight didn’t end there for black Americans. 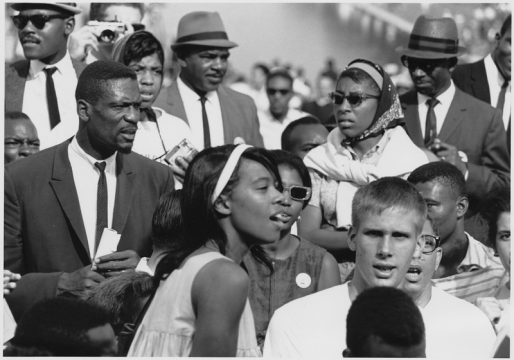 In the state of Alabama, just two per cent of 15,000 black Americans were registered to vote, due to the state Governor being a fierce opponent of desegregation. In order to register, people had to wait in line to sit for a complex literacy test, which resulted in many people being refused the vote.

Following a fatal shooting of a young demonstrator in February 1965 by an Alabama state trooper, a march was organised in response that would see 600 activists, including John Lewis, march from the city of Selma to the state capital of Montgomery, 54 miles away.

Having led the first of the Selma marches, John Lewis later said that he had felt death was upon him as he was beaten by an officer.

On March 7, the protesters set out peacefully from Selma, but they didn’t get very far before state authorities descended upon them during the famous ‘Bloody Sunday’ attack that took place on the Edmund Pettus Bridge. The brutal scenes – captured on television – enraged many people across the country, and thousands of Americans joined in the civil rights struggle. 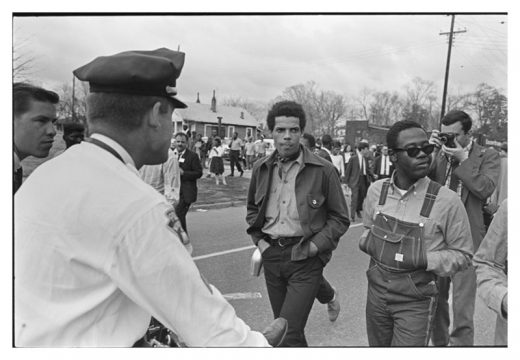 Having led the first of the Selma marches, John Lewis later said that he had felt death was upon him as he was beaten by an officer. He was taken to the hospital, where he was visited by Dr. King who assured him that the marchers would make it to Montgomery. On March 21, 2,000 people – black and white – were finally able to march across the bridge and were met (after four 12-hour days of marching) by 50,000 people in Montgomery to mark the historic moment in the state capital.

John Lewis demonstrated enormous courage, strength and perseverance in the fight for civil rights. He joined other leaders in showing the true power of democracy and what can be achieved when people come together to stand strong and fight for what was right in the face of danger and hardship. He helped to show that, even when the struggle for truth and freedom is long, it is always worthwhile and that in the light of solidarity, community and fellowship, there’s nothing that can’t be achieved.

In August 1965, Congress passed the Voting Rights Act, which guaranteed the right to vote for all black Americans and banned the use of literacy tests as a requirement for voter registration. Ultimately, the struggle for civil rights provided black Americans with the opportunity to run for office at the local, state, and national levels. Without the determination and unyielding spirit of John Lewis and others, not only would people likely be carrying on that same struggle today, but America would also still be waiting on the election of its first black president.

The legacy of John Lewis

At a special event marking the 50th anniversary of the Selma marches in March 2015, President Barack Obama paid tribute to the courageous Americans from a podium on the Edmund Pettus Bridge, with Congressman John Lewis, President George W. Bush, and many others in attendance. 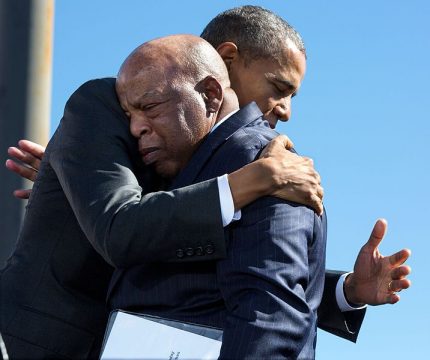 Capturing the daring spirit of those who peacefully marched for equality and justice he said, “The Americans who crossed this bridge were not physically imposing. But they gave courage to millions. They held no elected office. But they led a nation.”

The relentless leadership shown by John Lewis – which will greatly influence generations to come – is a testament to the fact that it’s not what we are physically that determines how much we can achieve. Rather, it’s the contents of our hearts that show the strength of our character; and it’s through that strength, faith, and commitment that anything is possible.

The world might have lost a bright light and a great leader in John Lewis, but his spirit remains as a guide for those who see injustice and find a need to get into good trouble, necessary trouble.

See Also: How Rosa Parks became the Mother of the Civil Rights Movement 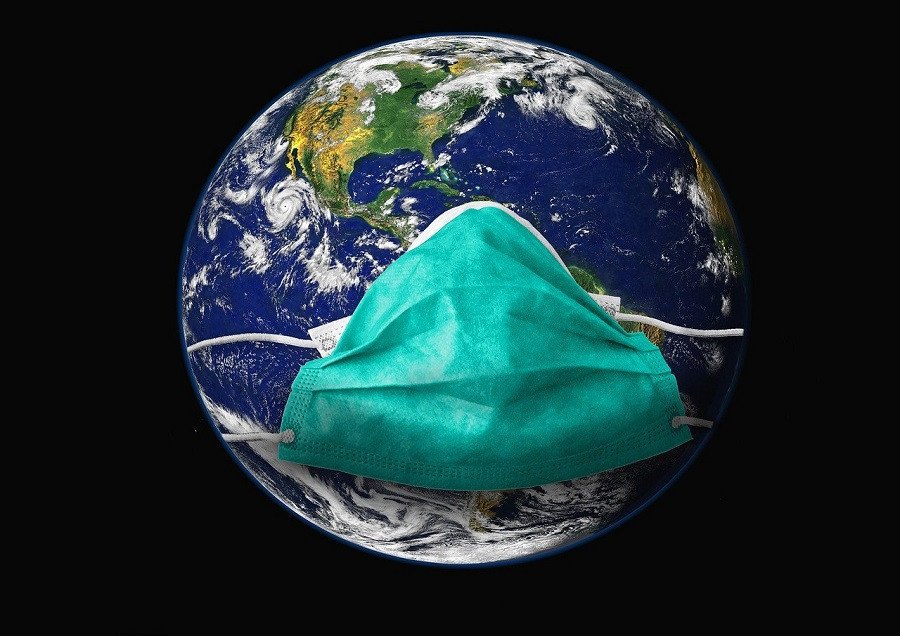 What this Pandemic Teaches Us about Business and Society