It Takes A Community To Build A Leader 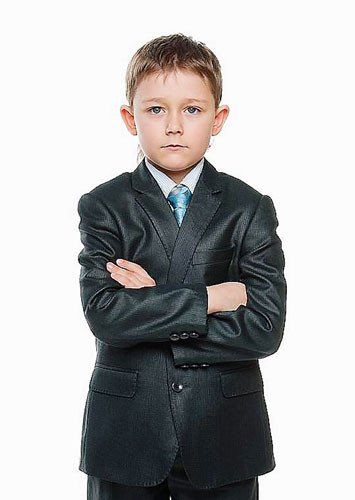 When Maradona proudly lifted the World Cup for Argentina in 1986, I watched and was inspired to play football. Unfortunately, at that point in time, I was a wretched football player – I couldn’t pass the ball, let alone make my class team. But I aspired to represent my school one day. My friends laughed at my goal as I wore thick spectacles and was a total geek. But I spent the holidays practising day and night. Within a year, I ended up playing for my class and later getting into a special training by the legendary Mokhtar Dahari.

Mokhtar was brought into my alma mater, Methodist Boys’ School Kuala Lumpur, to conduct a seven-week training programme. At every session, I always felt Mokhtar picked on me. Being the least “gifted” there, he subjected me to running more laps, doing more push-ups and punished me more than anyone else. Rubbing salt to the wound, I was always the unused substitute during games.

At one game, since I was probably not going to be selected, I did not bother to change. But Mokhtar took the loudspeaker and yelled my name. My classmates immediately pointed me out and I sheepishly said “sorry” and dressed up. The game ended with an MBS victory but I did not play a single minute of the game, compounding my embarrassment.

Surprisingly, during the next game, Mokhtar used me as a substitute. But after the game, Mokhtar pulled me aside, looked me in the eye and said, “Roshan, I know I have been very hard on you and have forced you to work harder than any of the other players. I did it for your own good because I think you are going to be special. Work and play hard and keep pushing yourself to the limit. You will become MBS captain one day!”

Soon after, Mokhtar was taken ill and I never saw him again. He later passed away. Yet, his words inspired me to always pursue my dreams regardless of how impossible the circumstances. Since that conversation, the “geek” went on to represent the school and the state level and he always knew that anything was possible. Like myself, most leaders we researched started their leadership journey early on in their lives. Sir Richard Branson’s mother kick-started his leadership journey at the age of five by leaving him a few miles away from home and instructing him to find his own way home.

A 2005 DDI study by a human resource research company found that 90% of chief executives and board-level directors had at least two leadership roles as head student, prefect or sports captain in their school years.

An Institute of Leadership Management (ILM) study concluded that many future leaders marked themselves out from an early age. Kim Parish, CEO of ILM, said:

This study shows that people learn leadership at a very early age. Activities, such as scouts, guides or playing on a school team actually furnish young people with skills like team ethos, ambition, goal setting and other qualities we associate with good leadership.

The poll concluded that holding a position of responsibility at school was the most important indicator of a good future leader – and that academic qualification was overrated.

A study by the Journal of Research on Adolescence found that youths who participated in service and community activities perceive themselves as better leaders. Leadership lessons learnt during childhood helped sow the first seeds of leadership ambition. Parents and teachers provide the earliest influence on children. By modelling leadership in their own lives, parents profoundly affect the leaders their children become. But training children to be leaders takes time and commitment from the community. And sometimes with a million things on everyone’s plate, leadership development is an agenda lost in the “busy-ness” of life.

Tiger Woods, when interviewed by Fortune on his journey to greatness, told this story. “When I was young, I’d play golf with my Pop. My dad would say, ‘Okay, where do you want to hit the ball?’ I’d pick a spot and say I want to hit it there. He’d shrug and say, ‘Fine, then figure out how to do it.’ He didn’t position my arm, adjust my feet, or change my thinking. He just said go ahead and hit the darn ball. My dad’s advice to me was to simplify.

He knew that at my age I couldn’t digest all of golf’s intricacies. He kept it simple: If you want to hit the ball to a particular spot, figure out a way to do it. Even today, when I’m struggling with my game, I can still hear him say, ‘Pick a spot and just hit it.’ Without Pop’s guidance, I would be nobody today.

After interviewing more than 500 well-known leaders, Pat Williams concluded that effective leaders aren’t born but made, and that leadership training really begins at home, and in schools. Harvard professors Marshall Goldsmith and Howard Morgan studied over 86,000 participants and found conclusive evidence that leadership is learnt.

I have always been astounded by Everton football club’s youth academy. They have a tendency of producing world-class 16-year-olds on an annual basis – Wayne Rooney and more recently, Jack Rodwell being examples. I had the opportunity to spend a day with Rooney’s former coach and head of Everton’s Academy, Tosh Farrell, and asked him how they managed to produce such a long string of stars. And his answer was simple: “Just bring them in and give them the opportunity to practise, play, practise, play.”

He went on to show me at each age group, from a four-year-old to a 16-year-old, the skills, attitudes and attributes that required mastering before each kid moved up a level. And by forcing Rooney, Rodwell and others through this process, they readied premiership players by 16. It was just like manufacturing, only in this case, it was manufacturing Premier League players.

Give me a child at birth and I can make him into anything you want. Everton’s Academy believes it can make any kid premiership quality as long as he is willing to learn, work hard and grow.

At Leaderonomics, our core mission is to build leaders and to do that we start as early as possible via our camps and youth interaction. And we believe that everyone should play a part in the process as Mokhtar did for me.

Just as it takes a village to raise a child, it takes a community to build a leader. Parents need to instil leadership in their children. Schools and teachers need to be cognisant that they are not only bastions of academic achievements but builders of leaders. And companies need to play their part by supporting and championing formative leadership development for kids. So, whether you are a parent, teacher or a corporate leader, you need to get involved. Tiger Woods, Jack Welch and Branson were sown the seeds of greatness by their parents. Helen Keller and many of us benefited from our teachers who helped develop our leadership.

And legends like Mokhtar played their part too. But everyone needs to be a Mokhtar Dahari and help Malaysia become the land of leaders. It’s simple – all it takes is for you to start helping young people become leaders that will change tomorrow.

Roshan Thiran is passionate about transforming the nation starting with our youths. Are you involved in programmes to inspire and help young people become leaders of tomorrow? Login to www.leaderonomics.com or email people@leaderonomics.com for more details on how you can be involved in invoking leadership desire among the young.

To read an article on how Roshan Thiran struggled in his formative leadership years while studying in high school and to read his story on his struggle, click here. Click here for other articles.

To watch a video on this article, click below: 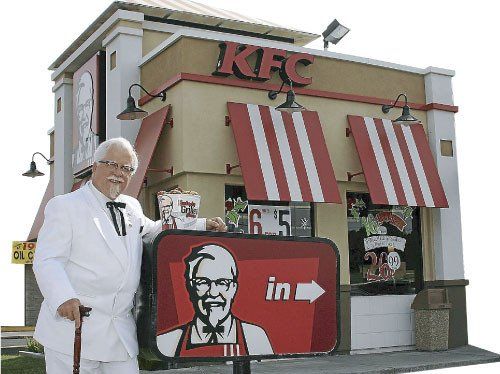 Faster Is Not Always Better