Is It Time To Change The Leadership Dialogue?

The importance of leading with virtues

Is leadership changing? Does it need to change? Is there a need for a different leadership paradigm in light of some well-known corporate collapses and the fallout from the Global Financial Crisis of 2008/09 (GFC) that continues to reverberate far and wide?

It seems that leadership literature is beginning to address the importance of ethical or moral leadership as a key piece that is missing in leadership. While there is no need to be critical of classical leadership paradigms that primarily focus on traits, capabilities, skills, and styles, we must have the courage and insight to explore the interplay between leadership, virtues, and performance.

More specifically, we must examine how the presence or absence of virtues in a leader may define his or her character, and the impact this has on performance, both for the leader and the organisation.

Over the last couple of years as I have researched this interplay, I have deliberately chosen to use “virtues” over more commonly used terms such as “values”, “morals” and “ethics”.

One important reason behind this is that some of the other terms have become quite commonplace and their significance either diluted or dismissed as being something that is more related to the field of ethics or leadership in a faith-based context.

My hope is that a robust discussion on virtues will be a catalyst for starting a new dialogue on leadership that is often only given superficial treatment: the interplay between leadership performance and virtues or as Alexandre Havard states, “the content of a person’s character”.

For years, I have been fascinated and inspired by leadership: what it is, what it is not, what people think it should be or should not be, and the variety of emotive responses that are evoked when we see it demonstrated in a range of different contexts: at home, in work environments, sporting clubs, community organisations, churches, in government and schools, and across every culture.

As a young child, I remember watching a fireman being interviewed after running into a house to rescue a young infant from the fire that had almost entirely consumed the family home. That took courage, selflessness. It took leadership.

When I was twelve years old, I remember being inspired by a courageous footballer and captain of the Hawthorn Football Club, Peter Crimmins, as he battled cancer and tried to ready himself to lead the team onto the field on Grand Final Day in 1975.

Sadly, he was declared unfit and was left out of the team. But his courage and dedication, and the commitment of his team who wanted so badly to win the match for him, had a profound impact on me, and the psyche of the wider football public. His work ethic, and the spirit he showed in battling cancer and wanting to see his beloved team win, embodied leadership.

In February 1983, 180 bushfires on one day ravaged the states of south Australia and Victoria that resulted in 75 deaths. Only days later, I found myself with one of the cleanup teams working in the backyard of a woman in her mid-50s, trying to restore some sense of order to her world. Although her house was preserved, she lost many of her belongings and her property was devastated.

Elaine Shepherd was exhausted and experienced feelings of loss, but she would not allow this setback to consume her. I remember being impressed by her determination and optimism. Ironically, years later, I would find myself working alongside this remarkable woman in a family mediation centre.

History is replete with examples of leaders who have both succeeded and failed in diverse fields of interest. They are researchers, social commentators, military strategists, politicians, and business executives from the private and public sectors.

They also include leaders from the social sector or Non-Government Organisations (NGOs) and Faith-Based Organisations (FBOs) that serve a broad range of humanitarian objectives, some of them religiously motivated.

There have been inventors who have demonstrated great resolve and initiative, like Thomas Edison and Alexander Graham Bell, and business leaders like Warren Buffett and Microsoft’s Bill Gates who have established corporate empires only to give billions of dollars away to humanitarian efforts.

There have been military leaders such as Alexander the Great, Julius Caesar, Genghis Khan, George Washington and Napoleon Bonaparte. 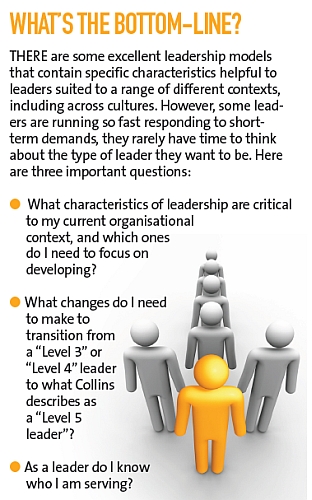 Leadership is often very personal, and very powerful. It is felt by everyone: by those who demonstrate it in a large way or seemingly insignificant ways, and by those who are affected negatively or positively by leaders connected to them, or detrimentally by its sheer absence when it is needed.

Every person in every culture could mention a list of names of leaders who are more specific to their personal experience, the places or countries they live, why they consider them to be leaders, and through the wealth of information available today have an understanding as to whether or not that leader has a role on the world stage.

However, interpretations of leadership are often quite different from one country to the next, and from one person to another. Take a few moments to reflect on leaders you have been impacted by. In what ways have they influenced your views, your decisions and your own leadership?

Understanding that every organisation has a culture of its own, what type of leadership does your organisation need, and what changes do you need to make to facilitate that change? 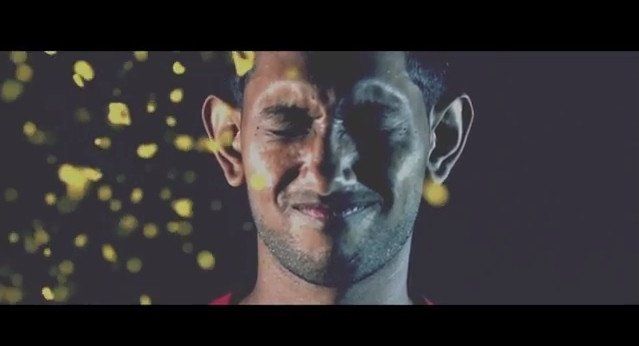