How To Keep Calm And Not Lose Your Cool 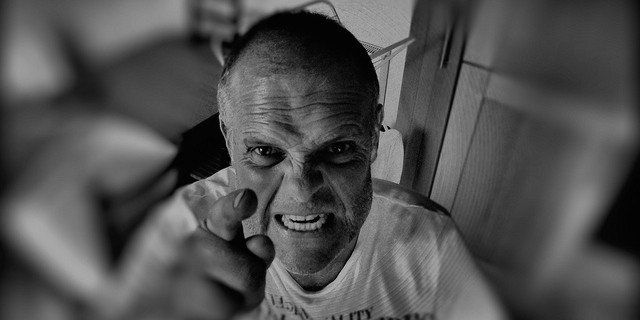 If you are a fan of movies featuring comedian Adam Sandler, you would recall this mantra from his 2003 movie Anger Management (in case you have not watched it, spoilers ahead).

That one particular word is supposed to calm you down, consciously distract you from raging anger – at least according to anger management guru Dr Buddy Rydell played by Jack Nicholson.

A brief reintroduction to the movie; Dave Buznik (played by Adam Sandler) is sentenced to anger management therapy after losing his temper on a flight. Claiming that he’s innocent, Buznik agrees to attend Dr Rydell’s session to prove he’s in full control of his emotions.

Except that he’s not – Buznik has been repressing his emotions since he was traumatised from public humiliation as a child, and that has affected his career and private life.

What ensues is your stereotypical American slapstick comedy as Buznik has to live through Rydell’s unorthodox methods with hilarious consequences, exposing Buznik’s years of bottled up temperamental issues, and more worryingly, Rydell’s bizarre personality.

Very quickly their adventures take a turn for the worse, making Buznik a perfect time bomb right till the end of the movie. With the therapy close to an absolute failure, Buznik eventually takes matters into his own hands.

Defying Rydell’s advice he attempts to resolve all his issues for good. All ends well when it is revealed it was a set up all along by his sympathetic girlfriend who only wanted the best for Buznik.

While the movie feels like a no-brainer feel-good comedy, there are some takeaways applicable to everyday life.

Because really, with everything that goes on in our daily rituals, you might not realise you’re a walking ticking bomb just like Dave until your timer goes off.

Read on for some ways to keep calm and not lose your cool, especially at work.

1. Deal with your past

In the opening scene, a young Buznik is the oddball in the neighbourhood struggling with his adolescent fondness for a girl.

Just as he is about to kiss the girl of his dreams, he is caught with his pants down, courtesy of a local bully, scarring Buznik for life as he shies away from public affection.

Most often, we convince ourselves to just forget the past and let it be bygone. In the process, we silence our inner voice desperately propagating us to deal with the problem at hand.

Eventually it will go away, at least that’s what we believe. Until our past catches up and the proverbial can of worms uncovers itself.

At one point in the movie, Buznik has to confront his past in the form of his bully – whom has miraculously turned over a new leaf and become a monk.

Buznik is supposed to demand an apology from his former bully, until Rydell provokes the monk further, causing havoc in the monastery.

While the outcome could have been better, Buznik did one thing right: He faced his troubled past (or rather the root of it) so that he could move on.

The next time you are about to lose your temper, ask yourself if your temperament goes a long way back. Is it linked to an experience earlier on in your career? You might be surprised with what you will find.

2. Talk to your inner demons

Buznik holds back a lot of things in his life. He knows perfectly well his boss takes all the credit for his effort with no promotion in sight.

Even when his girlfriend pushes him to have a talk with his boss to ask to be promoted, he lets the matter pass, believing that he will get it one day.

To make things worse, despite his long-term relationship with his girlfriend, Buznik is unsure of their future together.

Compounding the issue is his uneasiness with his girlfriend’s closeness with her male best friend. Yet he doesn’t seem to be proactive in dealing with the issues in sight. Not until everything falls to pieces.

Again, it is so much easier to just let matters take their own course and hope for the best.

Unfortunately, it could mean that you’re just hiding a dead fish under a carpet until it gets rotten and eventually turns so bad that everyone suffers.

Just like Buznik when his life went awry and his girlfriend left him for Buddy because of his unwillingness to change for the better.

By now you would have realised your inner demon is almost always critical of you.

Some might argue these are just your secondary thoughts and should be ignored but the reality is they are a projection of your subconscious. Left unchecked for too long, you might risk clinical depression down the road.

So go ahead, have some quality time with yourself. Tame the dragon within. In all fairness, Buznik did not exactly flip out to result in his mid-flight arrest. The entire fracas did not even involve him assaulting anyone, contrary to what he was accused of doing.

In fact, Buznik was just another well-mannered passenger trying to get a pair of headphones from the flight attendant. At least that’s what he thought.

Well into his first anger management therapy session, Buznik finds himself surrounded by a group of questionable characters.

Amidst the freak show, Buznik is convinced he’s fine and doesn’t need to be in the court mandated therapy.

That is, until he is involved in a bar fight, resulting in a longer term session with the crazed therapist. Unsurprisingly, Buznik then realises he needs help.

Just like Buznik, we don’t usually feel the need to seek help, especially when it requires speaking our hearts out to solve our emotional conundrums.

Not until there is a trigger that makes us recognise the problem. It could be that we are reluctant, or just unfamiliar/unaware of the various channels available to address our deepest rut.

It could be an unhealthy fear of failure, or not knowing how to communicate properly. Remember, there are more people who care about you than you think. Talk about it, and let it out!

Speaking of letting it out, towards the end of the movie Buznik decides he doesn’t need Rydell to guide him with his short fuse dilemmas. He resorts to his own approach of facing his fears – he has to, as he thinks Rydell is about to propose to his girlfriend at a baseball game.

What he does next is his personal breakthrough as he runs to the middle of the field to put a stop to Rydell’s attempt to steal his girlfriend away.

For someone as reclusive as Buznik to speak his heart out to his love in front of a huge crowd, it is a bold and brave move.

It pays off, and rightly so. Now ask yourself this: When was the last time you did something exciting? Did you go out of your comfort zone to experience anything new?

Work can get stressful, and tuning in to your creative side is one way to help reduce your feeling of anger and stress. Try it, and you’ll notice the difference.

The movie concludes with Buznik finally happy with his life, post-anger management therapy. He realises that his troubled past self was due to his own doing, holding him back from living his true potential.

Perhaps closer to home, it’s time to have a reality check – are you living your full true self or is there something sabotaging it?

Are there issues you need to address so you can live up to your potential both at work and personally?

Maybe the best way to conclude this piece is with a quote from Dr Rydell: “Remember, temper is the only thing you can’t get rid of by losing it.”

If you haven’t watched the movie “Anger Management”, click below to watch a short clip from the movie: 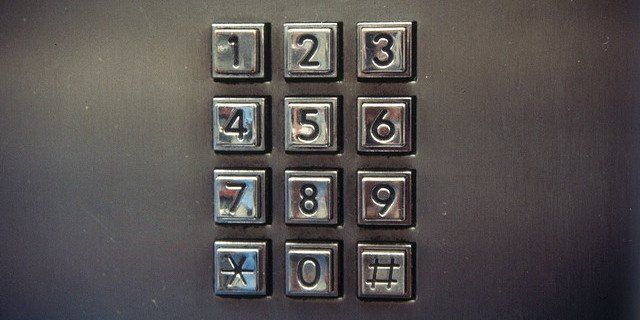 Did You Know – What Your Mobile Phone Does To Your Health