Go On, Let Your People Fail

Failure is essential to achieving success. Without failing, big breakthroughs or new innovations do not happen.  We all fear of failure. In fact, Singapore, has an entire industry dedicated to ensuring that people fear of failure and never lose called “kiasu-ism”.

In the business world, companies strive to achieve perfection – building zero-defect organisations, and embracing initiatives like Six Sigma to ensure that there is no room for failure.

Failure is bad and we have been taught to distance ourselves from failure.

Yet, if you look back at history, great breakthroughs are dependent on failures. In fact, great achievers are born out of failures. Michael Jordan, The Beatles, Walt Disney, Abraham Lincoln and Thomas Edison all had one big thing in common – they were major failures before success came to them.

Michael Jordan, probably the greatest basketball player in history, almost quit the game in high school when he was dropped from the senior team. He described that day as the worst day of his life. Yet, it marked an important day in Jordan’s life as he decided (after a lot of tears and crying) that he would learn from his failure and make the team the following year.

The Beatles were turned down by Decca Records and were told “We don’t like your sound, and ‘guitar music’ is on the way out”. Capitol Records also rejected them a few years later. Instead of giving up and feeling dejected, they kept going and eventually went on to sell millions of records.

Walt Disney was fired from a newspaper early on in his career because he lacked imagination and was not creative. Yet he turned that failure to build one of the most creative companies in the world – Disney.

In school, his teacher told Thomas Edison that he was too stupid to learn anything. Yet, he became one of the greatest inventors of all time and the founder of General Electric (GE). The very first time Edison was working on his light bulb experiment and failed, he made notes of his failure. He then made adjustments and tried again and again and again. It took him about 10,000 experiments to invent the perfect set-up for the electric light bulb. To quote him:

All these stories on failure make one simple point – failure is essential to success. Without failing, big breakthroughs or new innovations do not happen. Learning from failure is what makes great leaders who they are. Thomas Watson, the founder of IBM, once declared: “That’s where success lies – on the far side of failure.”

So, if failure is so pertinent to success, why do we not embrace it? In fact, why don’t we build failure into our organisations, our leadership development programmes and even our product development processes?

At GE, not only was failure funded for in the new product development process termed “breakthrough innovation”, they also ensured failure was built into the talent management process. This was one of the reasons that GE, under Jack Welch, became a ‘talent factory’ and a great developer of CEOs.

While I was working at GE, I was moved around from role to role, being forced to experience numerous failures but encouraged to learn and grow from these failures. In my first role, I was “fired” by my boss for a big boo-boo. In my next job at GE, I was put into a role that was a huge challenge for me. I failed initially but did not give up and ultimately succeeded.

In my third role, I was sent to the city of Dallas to work on integrating an acquisition. I completely failed in this role. In fact, I lost US$20mil on a project that I was tasked to handle which never saw the light of day. Failures were common in my next few roles too.

But in each failure, I learnt valuable lessons. And ultimately, when GE sent me back to Asia to help turn around a troubled entity, all these failures helped me ensure we quickly and efficiently turned around this company.

As I look back, I realise that these failures were intentionally designed for hi-potentials to accelerate our development. So, making mistakes early in your career actually benefits the organisation in the longer run. Organisations that built career systems which embraced failure as part of its development process, ultimately became big leadership engines, producing world-class leaders.

My brother’s story illustrates why companies should build failure into the development of their employees. 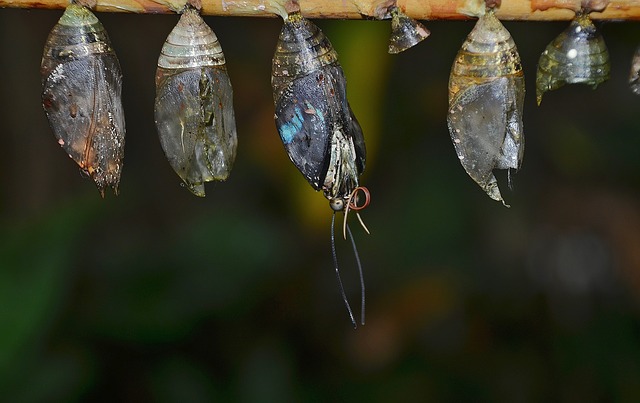 When he was young, he found the cocoon of a butterfly. He took it home and a few days later, a small opening appeared. He was thrilled and sat watching the butterfly for several hours as it struggled to force its body through the little hole. After awhile, he noticed that the butterfly stopped making any progress and it appeared as if it had gotten as far as it could and could go no farther.

My brother decided to help the butterfly with a pair of scissors by snipping off the remaining bit of the cocoon. And with his help, the butterfly then emerged.

But the story does not have a happily-butterfly-after ending. The butterfly that emerged had a swollen body and shrivelled wings. My brother continued to watch the butterfly because he expected that at any moment, it would expand its wings and fly off. But that never happened.

In fact, the butterfly spent the rest of its life crawling around with a swollen body and deformed wings. It never was able to fly.

My brother had not understood then that the restricting cocoon and the struggle to go through a small opening was God’s way of forcing fluid from the body of the butterfly into its wings to prepare it for flight.

The same can be said for building leaders. In our kindness to help our employees, we shield pain and failure away from them. Personally, I believe that if someone wanted to succeed quickly, he or she needs to experience as many failures as possible in the shortest possible time.

But don’t just stop there. Share stories of your mistakes and failures with your employees. And then watch them grow and develop into majestic butterflies. Go on, let your people fail!

Watch this quick video on Failure by Roshan Thiran

Roshan Thiran is the CEO of Leaderonomics – a social enterprise working to transform lives through leadership development and nurturing potential. Connect with Roshan on Twitter and on Facebook for more insights into business, personal development, and leadership. You can also follow Roshan on LinkedIn where he shares videos and secrets on how you can grow as a leader. You can also listen to Roshan’s weekly Webinars at https://webinar.roshanthiran.com 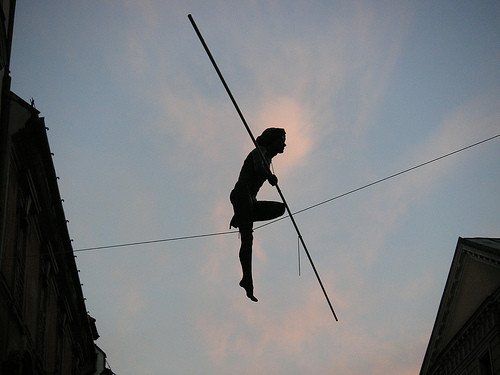 Leadership Is An Extreme Thing