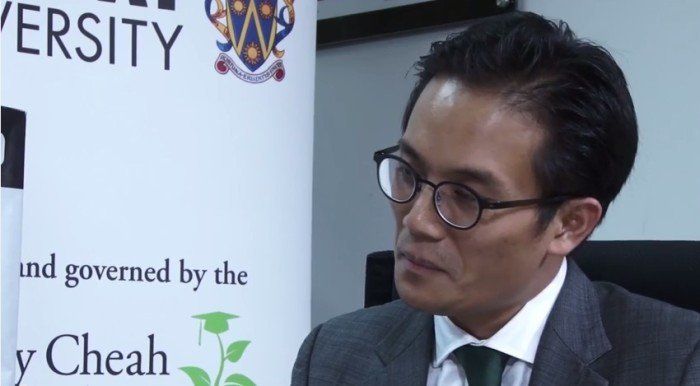 Samuel Kim is currently a Masters of Public Administration candidate at the Harvard University Kennedy School of Government.

He heads an education, social impact and public leadership consulting firm, Center for Asia Leadership Initiatives, which is a social profit firm he co-founded in 2012 that aims to serve governments, corporations, non-profit organisations and educational institutions in Asia.

Prior to attending Harvard, Kim worked as a strategy consultant. He is also an accomplished entrepreneur who has founded and managed three for-profit companies in the realm of investment consulting, distribution, and manufacturing.

“The first country I visited outside my home country Korea was the Philippines where I had accompanied my parents who were humanitarian workers. I was very shocked – the neighbourhood we lived in had no running water, no electricity and the people were very underprivileged.

It was during this time that Kim learnt the importance of effective and strong leadership.

“What is leadership to me? What is governance? Effective leadership matters and it will affect the people.”
Ten years later, he returned to Korea to study and then took his first job serving in the Ministry of Foreign Affairs and the United Nations.

Once again, he observed that the many problems around the world stemmed from issues related to leadership and governance.

It begged the question ‘how should leaders exercise the right form of leadership for people to benefit?’

“To exercise leadership is to identify how, at that moment, to impact the lives of the people around you and what resources you can mobilise to do so.”

At one point, he asked himself what kind of legacy he would leave. “I want to be remembered as a person who has done something for my country”, says Kim.

Studying at Harvard was his first opportunity to study overseas, “I was mesmerised by the incredible programmes and courses. The courses at Harvard really transformed me. I grasped how to become a true leader. But it was very expensive. I was able to afford it – but what about others?”

The preceding years of experience and exposure led to the next life-changing question for both Kim and the lives he would eventually impact: “What if I was an agent – channeling these incredible programmes to Asia?”

Kim then brought 36 friends from Harvard to Korea where they visited the DMZ, companies like Samsung and LG, as well as national leaders.

“The common topic was that despite so much money, effort and time going into studying, there was a mismatch between the type of individuals the education system was cultivating as opposed to the type of people that the government and companies wanted,” he shares.

From his assessment, Kim identified four skills that were lacking:

“With a few friends from Southeast Asia, we organised a seven-country trek covering Vietnam, the Philippines, Malaysia, Singapore, Thailand, Laos and Myanmar.”

They had the opportunity to meet with country leaders, and he realised that the skill mismatch was not limited to Korea.

“Much of our education focuses on rote learning and regurgitation of memorised facts. The system trains individuals to identify only one right answer, whereas there are so many different ways to find a solution. It doesn’t nurture creativity, or encourage individuals to talk and collaborate.”

Kim believes that a great leader must have three elements: Knowing, Doing and Being.

He asserts that we need knowledge and expertise in order to understand the world we live in.

What is also important is putting in practice what you have learnt in order to create value in your community.

“The most important though, is the aspect of ‘being’. How can I become the type of person that this country, for example, Malaysia would need to help the community grow?

“Just going back to the education system: 90% of energy is put in knowing. You don’t really know what to do with what you know, or what kind of person you should become. I saw a deficiency in the system that we have, and my role to channel best practices to Asia.”

“The event was limited to 16–26 year-olds as we believe that this age group is critical as questions of one’s future abound.

“People like me who have gone through that stage – we share our stories, experiences, best practices because our role is to help them minimise the risk, and ‘trial and error’ stage.

“Our broad picture is to help young Malaysians – not only help them to have successful lives but also to be changemakers by giving them skills and tools to go out and solve problems they think are important to address,” says Kim.

Participants were also taught practical lessons including how to write a ‘Statement of Purpose’, the dos and don’ts at an interview, how to build resume, and how to make an elevator pitch.

Career mentoring was another focus as the nine fellows from Harvard shared their experiences in their respective careers.

Interestingly, in order to identify the nine fellows from Harvard, 40 were interviewed to ascertain the three requirements:

“During the workshop at Sunway today, one individual asked ‘What can a young person do?’

“If you are a student, you need to focus on ‘knowing’, the foundational element to ‘doing’ and ‘being’. This is perfect timing for you to acquire knowledge to have a better understanding of the world we live in.

“Spend time learning about current affairs, learn different perspectives and how other people think. Also expose yourself to different experiences – engage in community service and with other people.

“Much of my ideas came from having conversations with people. They help me craft and mould a very fuzzy idea. By serving others, you also learn about values, and you learn about what kind of person a country needs.”

Kim exudes the passion to make a real difference and with his ability to mobilise like-minded individuals, appears all set to build leaders throughout Asia.

Click here to watch the full interview with Samuel Kim.

Karen shares the following with Samuel Kim: same alma mater, major life transformation at Harvard and also wishes to share the amazing experience there with young leaders of Asia. She worked three jobs during graduate study, performed in community theatre, made best friends and loved every minute of it. She wishes Samuel and team every success! If you have any feedback, send it in to editor@leaderonomics.com. 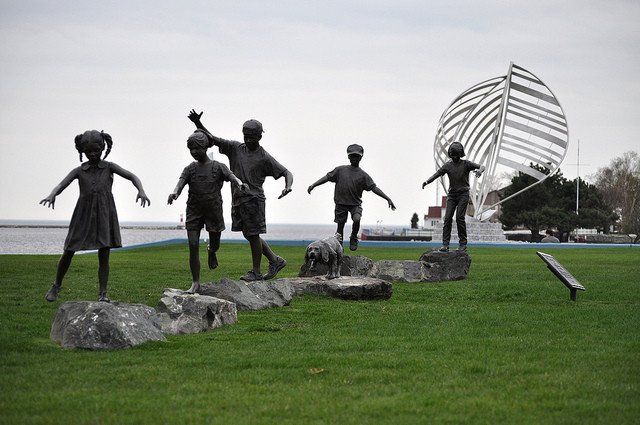