Exploring The Terrain Of Flat Organisations 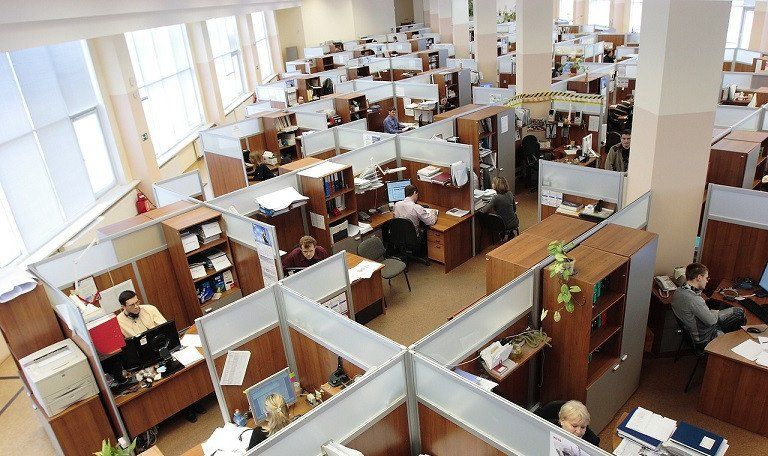 The gift and the given

“Nobody ‘reports to’ anybody else. We do have a founder/president, but even he isn’t your manager. This company is yours to steer – towards opportunities and away from risk.” – VALVE, a gaming company that has made the flat organisational structure legendary.

Organisational structures have gained a new level of dynamism that is significantly different from the days of Frederick Taylor’s scientific management. One constant is the debate on which organisational structure is the best. Given that high performance is a non-negotiable trait regardless of company size, background, industry etc., the concept of flat organisations have made significant headlines in recent years and rightfully so, as it has disrupted how people work.

While it is not easy to define a flat organisation, it is roughly identified by the following criteria; no job titles or managers, with everyone being seen as equal and self-managed or independent. In this post, the exploration focuses on a flat organisation’s contribution to performance and its foundations for success.

Flat organisations as a gift?

It is not news that the business landscape globally is characterised by volatility, change and agility. Hence, it does make sense to replace a typical pyramidal design with a structure that is more fluid and responsive. This has occurred at various intensities, from building autonomous project teams to the act of delayering, where middle management is removed to shorten lines of communication.

McKinsey’s latest research on matrix companies with interlaced structures, rather than a core pyramid, showed that supermatrixed companies (i.e. individuals who work in multiple teams and report to different managers) result in stronger collaborations; compared to those who worked in different teams, but had only one manager. They also report higher likelihood of receiving praise within the last seven days and feel that their colleagues are committed to quality work. This is a key characteristic of any flat-structured organisation, as it truly empowers people to work with one another, to pool resources and strengths.

INSEAD Professor of Organisational Behaviour and Cora Chaired Professor of Leadership and Learning Herminia Ibarra termed this as “outsight” as opposed to insight, where plunging one’s self into new and different experiences and gaining external knowledge, accelerates acting and thinking. This reinforces the need of a flat structure to enable this.

On a more macro scale, the influx of Gen Z helming the frontline of organisations, and the growing “gig economy” are evidence that a flat organisation is truly a gift. Gen Z grew up in an era rich with instantly accessible information. This mindset is inevitably going to influence the way they work, and the speed of technology will fan this fire even more.

Thus, in a typical pyramidal organisation, waiting for resources or for information through gatekeepers and red tapes may frustrate the Gen Z. Inevitably, this can lead to lacklustre performance, which often results in low retention and high turnover rates.

Dan Schwabel, Partner and Research Director of Future Workplace, an executive development firm, describe Gen Z as a cohort that is anxious about working with the older generation, yet at least half of this cohort surveyed in his research are motivated to look for mentors.

Andrea Learned, an expert in thought leadership and digital engagement foresees 2016 as the year of “accessible leadership” where engagement is created through transparency and an ability to authentically communicate with leaders. In a flat organisation, this access is increased as leaders are closer to the frontline. It also increases their ability to seek out mentees proactively.

As for the “gig economy”, this is an interesting term to describe the growth of “gig work” often described as short-term, project-based freelance work preferred by individuals. This is a result of the unstable economy (shorter tenures, increased cost of retention) and the motivation to have a holistic life that goes beyond one’s working hours.

According to Dan Schwabel on Forbes, by the year 2020, about 40% of Americans will be part of this “gig economy”. Organisations that are flatter and more fluid in structure will most likely have the advantage in such an economy as the structure is dynamic enough to absorb on-demand hire with lower recruitment costs.

To exemplify the impact of a flat structure on business performance, we shall refer back to Valve. Their no-boundaries and self-management characteristics reach out to areas such as recruitment and idea generation which has resulted in a 35 million digital distribution to members on Steam, a network for games, and also produced high value prototypes that are innovative. Closer to home, multinational companies such as Nestle Malaysia favours less levels of managements or hierarchy, with a focus on project teams and task forces, to ensure that they always perform on their core competence.

Flat organisations – a given?

I sincerely concur with experts who believe that flat organisations are the way forward. In that similar vein, this structure is a gift, but it is a given that we first have to understand the basic component of any structure – the people. Research has summarised our tendency for structure quite easily in the following sentence:

“Structure can disappear but our human dynamics don’t”.

Hierarchies still work to a large extent (explaining why they still thrive till today) because there is a biological need to seek out the “strongest” individual in the group and build a coalition so one is protected.

Protection in this case is not so much from physical harm, but rewards such as tenure opportunities and building networks. We may disable the structure that enables power, but we also have to realise that seeking power is an innate tendency of self-protection.

A research paper from Columbia Business School posits the concept of ‘compensatory control’ that describes how individuals seek out predictability or order in their environment when they feel a lack of personal control. And as we have all agreed, the current organisational landscape is volatile.

This could explain why Valve’s former employee, Jeri Ellsworth acknowledges that while the flat structure is great for profitability, inevitably there are people issues such as an unofficial layer of management that has certain recognition. They become the final decision-makers of larger areas such as recruitment – and the recognition becomes their title.

In Valve, the structure worked in small product groups but scalability was a challenge when literally everyone was involved in decision-making. This comes to show that humans naturally do seek out a pecking order, especially when it comes to consequences that require personal accountability.

Because structure is a natural tendency ingrained in people, it takes an intentional leader to empower their people in overcoming this inexorable obstacle. For one, there needs to be leadership and accountability in decision-making. While certain decisions can be executed at lower levels, key decisions will still require an active involvement of the leaders, bolstered by live information from the frontline.

This also means that in a flat structure where resources are pooled together, the risk of competition also increases. Imagine this, the research and development team is keen on going ahead with their strategy, yet the finance department is not bought into the risks and returns. Who should be the final decision-maker?

The truth is, leaders need to learn to win and lose. Going back to the principle of “outsights”, the flat structure does enable a more holistic flow of information; thus, leaders need to decide which battles they choose to fight. This is in line with the move from an ‘ego-system’ to an eco-system where a leader with such awareness can internalise the views and concerns of other stakeholders and perceive problems from various angles.

Otherwise, the decisions benefit only one part of the system as opposed to the whole system. So yes, leaders actually do more in flatter structures albeit the “doing” is more focused on truly leading the organisation to success, rather than signing off authorization documents.

Similarly, people-related processes become more prominent, especially in overcoming natural desire to seek power. Victor Lipman, a Forbes contributor posited professional development opportunities to be one of the key trends in 2016 for retention. So in a flat organisation, is there a clear pathway of development that is multi-directional to encompass different individual’s motivation?

Again, when we say individuals are predisposed to seek power, it does not just refer to position power but it also refers to recognition from peers, increase in expertise, or even building up the breadth of their portfolios.

Understandably, since a flat structure means space for movement is more compact, this process becomes even more important to retain valued talent. A good example can be obtained from the design firm IDEO whose structure aims for flatness, but retains an element of verticality in employee progress which is measured by levels of impact.

Whether it is an individual level of impact focused on core skill sets or enterprise level where impact is based on global connectivity, both the organisation and its employees have clarity in their growth and progress, thereby enabling feedback. As a consequence of such clarity and accountability, there is a climate of trust in flat organisations.

When experts suggest trust as the new capital for our economy, there is a sense to it because of the VUCA (volatility, uncertainty, complexity and ambiguity) landscape and dynamic structures that individuals sit in as rprogress through their career.

It is easy to think that equality is our natural state thus not requiring active management, but truth be told, egalitarian structures are harder to understand and embrace. Removing clarity through a common structural variable such as clear job title means this needs to be compensated with proper onboarding, to spell out relationships within the organisation, or just-in-time feedback from peers or leaders.

Otherwise, it becomes an individual’s compensatory control and if everyone seeks a different level of control, it promotes a negative climate akin to high school or gang leaders where an unofficial hierarchy is formed.

This also means that we need to go beyond the physical components of organisational climate such as open plan offices in creating collaborations across flat structures.

This is why Nestle Malaysia goes by four principles of organisation themes:

Flatness as a mindset

No structure does not mean no management. While typical pyramidal structures promote a “wise-sage” decision-maker of the highest level, individuals in flat structures need to start building their cultural dexterity.

This is to say that diversity is no longer limited to one nation, one race, or one cohort of people, but rather dynamism in flat structures do require a combination of cultural intelligence, emotional intelligence and business intelligence for situational adaptation.

Another key foundation is that copying another organisation’s structure blindly is a terrible direction, and so is organisational restructuring when it becomes a scapegoat to other areas that actually require change (i.e. the business model).

It is also likely that different organisations may require structures customised to its distinct advantage. A highly regulated financial institution will need to keep a higher level of hierarchy as opposed to a start-up digital firm which is leaner and flatter.

The fact is, there is winning and losing; a bank may lose a talent who craves autonomy to the digital firm, and this digital firm may lose one who seeks upward growth to the bank.

The flat structure is a gift, the flat organisation as a mindset first, is the given; for doing nothing in our era is a risk in itself.

Evelyn is a keen believer of organisations being dynamic rather than a flatline. Whether it is tall or flat, customisation to the organisation’s need matter. Would you like to explore customising your organisation to overcome constraints? Speak to us at training@leaderonomics.com, it’s a given. For more Hard Talk articles, click here. 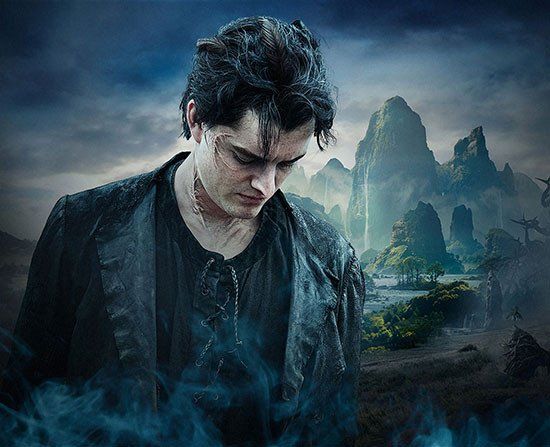 Diaval: The Little Black Raven With A Big Pure Heart