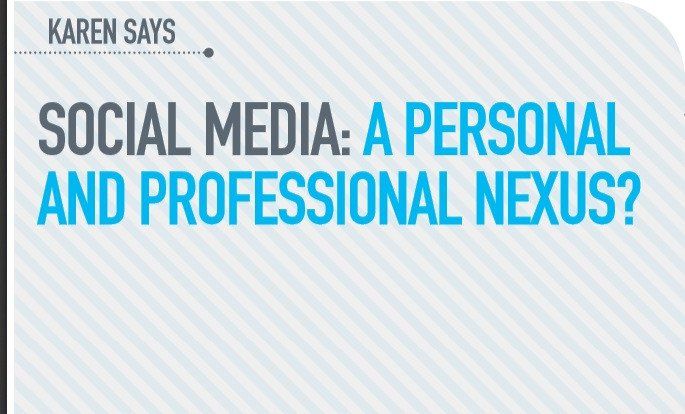 Last week, I was looking something up and stumbled across an old picture – taken at a 4th of July American Independence party in Phnom Penh with friends from Switzerland, Italy, Germany, and o yes a token American or two. I was flipping burgers. You guessed it, the quickest way for me to find that photo again would be through Facebook and not sifting through the terabytes of photos I have in storage.

It was in Cambodia in fact, that my friend Laura dragged me to Facebook (after I had resisted so long) and it has been my constant pal since – allowing me to keep in touch with friends from kindergarten, and all those people at that party even though we’ve all returned to our respective home countries.

More than one writer this week has addressed the issue of work and personal life merging into one as we quite voluntarily share details of our lives for many to see (more than who would’ve read our personal journals in the past!). On digital reputation, V Kugantharan poses the question: “How are you faring online?” and if the question comes as a surprise, do read the tips on how to manage it!

And despite some of the social media nightmares we have heard (via social media no doubt!) about people losing their jobs over ill-advised rantings on Facebook, Michael Poh asserts that it can certainly be a tool to step up our careers, giving some insightful hints.

Coming from the generation who grew up with social media at their fingertips – literally – Arielle Yen, with the help of friends like Ms Swift, clues us in on how to ROCK our social media presence!

Taking us to an organisational level, Sara Yee cautions that with all that the internet promises, companies and their leaders do need to weigh the pros and cons, and strategise accordingly. Jonathan Yabut goes on to share practical examples of social media marketing for entrepreneurs just starting out, and on a shoestring marketing budget.

In his debut article (long awaited) Yusmar Yahaya expounds on the role of leaders in this fast-changing world – where news about organisations can travel faster and reach the masses before CEOs have had their morning coffee. Fear it, or embrace it, the onus is on leaders to understand what role it plays in shaping the environment or market they are playing in – and to seek help where necessary!

An excellent take on the unintended consequences of everyone in an organisation speaking in one voice when facing the outside world, Karin Hurt helps us diagnose “bot” syndrome in our teams – where people start to feel like they are reciting scripts and just toeing the line like corporate robots.

Keeping it real, we asked Elaine Yong for some tips for parents when it comes to their children and exposure to social media. And in quick succession, we share an online experience that has had valuable leadership lessons for at least one child; Tara Thiagarajan reminisces on the day she first played Kingdom Hearts and how it shaped her early development.

Last but not least, an enchanting tale of a flower, a rat and a penchant for cooking! Jasmine Chuah shares a delightful tale (I want to say tail of course!) of how the wee rat in the movie Ratatouille inspired her, how leaders are akin to chefs, and her conviction that everyone can be a leader as long as they have a heart for people and are willing to bring out the best in all.

To my American buddies – Soo, Lisa, Laura (too many to mention!), Happy Independence Day! 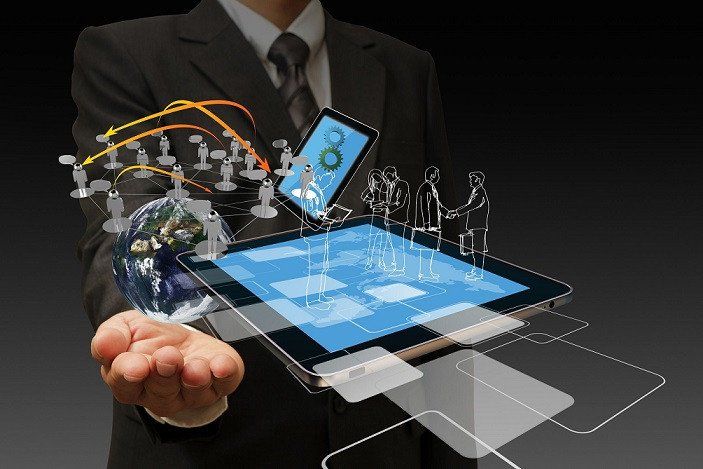