Do You React Or Respond? 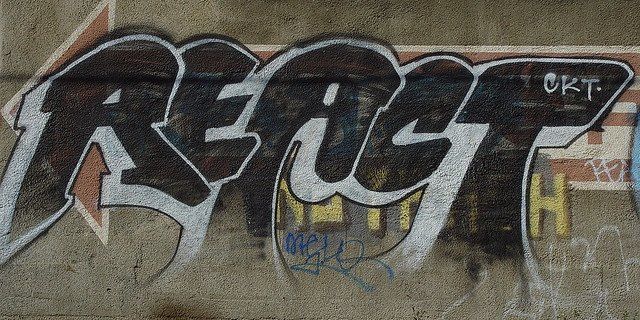 A number of years ago, while I was working in the United States and having dinner in a small city after work with a colleague, a cockroach whizzed past a woman sitting next to us and went under her table. The woman, seeing the cockroach go past her and run onto her legs, started screaming and kicking away at the little bug. She got up and started running away at which point, many customers panicked by her reaction. As she was jumping and screaming, the cockroach moved to another table and yet another woman joined the scream and jump and run-for-dear-life club.

But as this was happening, the waiter (with a smile) calmly went over to the table where the cockroach had now settled, and started observing the insect. Within seconds, he grabbed the bug and quickly took it away, much to the delight of the two women and many other jittery diners. In fact, a few people clapped their hands in thanks to the waiter. 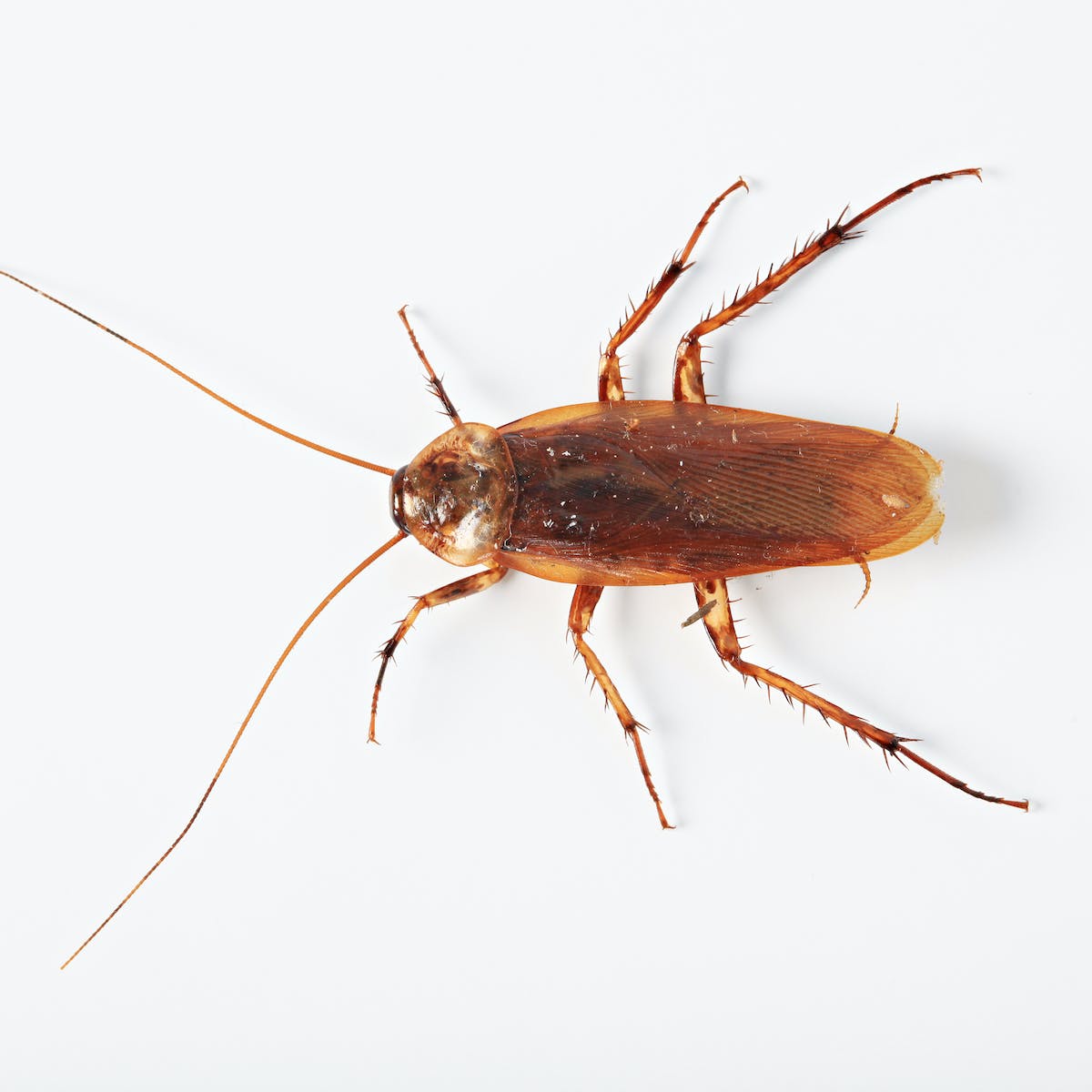 As my colleague and I were finishing dinner, we started discussing this amusing situation. A number of questions were asked. Among them were:
– Was the cockroach liable for the melodramatic performance of the two women?
– If so, why then was the waiter not distressed or hysterical?
As we discussed this, a huge realisation dawned on us – in many cases, it is not external factors that disrupt or cause chaos in our world, but rather our inability to handle such situations. In many scenarios, we end up reacting to a situation rather than responding to it. Just think back to a time when your boss yelled at you or your spouse told you off. Did you react in histrionics or did you respond as needed to fuse the flame?

We sometimes react to the tiniest issues. Imagine being late for a meeting and driving in a rush to get to the meeting on time. But the traffic light is red. Does the red light cause you to get so angry and frustrated that you start reacting “crazily” as the women who encountered the cockroach did?

It is not the traffic light that disrupts you but rather your inability to handle the disturbance caused in your mind. So, why do we react to the light? Setback and situations that are unfamiliar and distruptive happen all the time. It is the not situation or unwanted event that we need to react to but rather, the way we choose to respond will determine how we make the best out of the situation. Many people are stuck in "bad" and horrible situations. That is the hand that has been dealt to them. Yet, those who chose not to be ruled by the circumstance, and instead accept the situation and now try to respond and deal with it, tend to be more successful in whatever they do.

Everything we do, we do by choice. Everyday we make thousands of choices from what to eat, say or wear. So what is the difference between reacting and responding? Two different choices – a positive and a negative choice. Choosing to respond positively can dramatically alter your life.
For example, if you are having dinner and your son knocks down and breaks a precious vase on your table, you have two choices – to react or respond.

CHOICE 1: REACT – We allow our emotions to guide us and thoughts of anger, pain and loss flash through our minds. We quickly react with yelling, anger, physical abuse and other negative reactions.
We end up causing our son to feel hostile, tense and uncomfortable. And in the process, we potentially damage the relationship. It is normal to feel these emotions, but taking some time to respond instead of reacting could prevent this. A few years ago, I was told a story about a father who saw his son scratch his newly polished car. In a fit of anger, he took a steel beam and whacked his son’s hand causing his son to lose all his fingers. Later he read what his five-year-old son had written on the car “Daddy, I love you”. Yet, his reaction to the situation had caused his son to forever lose his fingers. I was really saddened by the story and wished that the father had learnt to respond instead of react.

CHOICE 2: RESPOND – This is a more positive approach. And it begins by putting some distance between you and the situation. A person who responds to a situation will never let emotions get the better of him or her.
In the case of the son breaking the vase, the first thing would be to see if everyone is OK and if anyone is hurt. Quickly respond to anyone hurt. Then calmly ensure that no one walks on the tiny pieces of glass. Quickly mobilise people to ensure that the fragments are cleaned up. Once you are calm, you can then discipline or discuss the situation with your son.

FROM REACTIVE TO RESPONSIVE

So, how do you move from being reactive to responsive? The same way you develop any other skill – practice, practice, practice. First, tell yourself daily that you are going to become a responsive person and never react. Ideally, you should write this down and come up with a plan. Here are some other things you can do to improve your responding ability:

1. Imagine circumstances where you would be prone to react and re-enact these with a responsive manner. The book I Am Malala is a story of a young girl who was shot in the face by the Taliban for speaking out for the education of girls. Many times there were death threats and she felt like reacting to them. At the age of 14, Malala began to rehearse how she would respond when confronted with a terrorist. She says “I’d imagine that on my way home a terrorist might jump out and shoot me on those steps. I wondered what I would do. Maybe I’d take off my shoe and hit him, but then I’d think if I did that there would be no difference between me and a terrorist.” “It would be better to plead, ‘OK, shoot me, but first listen to me. What you are doing is wrong. I’m not against you personally, I just want every girl to go to school – including your daughter. Now do with me what you want.’” By rehearsing the situation, Malala was able to learn to respond instead of react.

2. Learn to breathe – when you are in a situation where you need to react or respond, first breathe. By focusing on our breathing instead of instantly reacting, we will bring our thinking under control. We may eliminate thoughts that gear us up, releasing them with each breath and regaining our concentration.

3. Write out the words “Respond vs. React” on sticky notes and put them in places where you’ll constantly see them. These reminders are crucial for us to remind ourselves of our commitment.

4. Reflect at the end of each day on your reaction vs reflection score. Look back at each of your “situations” and give yourself a score from one to five. This reflection helps you to learn from your reaction mistakes and teaches you to be better at responding.

5. Finally, always create a gap between you and the stimulus, either time or distance, and then ask yourself one of the following questions:

a) Is what just happened (the situation/crisis/issue) a big deal that will ruin your life? If you really look at your situation (i.e stuck in a traffic jam, son broke a vase or boss scolds you), it will probably not be something that will be a big issue in the scheme of your whole life.

c) Is this worth ruining relationships or friendships? Some of us get personally attached to things but relationships are far more important to salvage. A little unneccesary “reaction” instead of a response can cause significant friendships to go sour.

As you ask these questions, put yourself in the other person’s shoes. Ask yourself how would you like to be treated if you had committed the “accident” instead of the other party? Be compassionate and listen before you respond. Many of us know that we should not react but we can’t stop ourselves. It’s just human nature. So, we must practise responding. Remember, reactions are instinctive; responses are intellectual. And if you do end up reacting (which we all do every so often!), then quickly apologise.

It may be shocking to some of us but we are NOT perfect and we are always prone to the dumb “reaction” instead of the wise “responding”, so learn to apologise often. Choose not to react but if it happens, remember that apologies are the best medicine for reacting!

Roshan Thiran is CEO of Leaderonomics, a social enterprise dedicated to making the world a less reactive place. Many issues in this world begin when we are reactive, including road rage vs being calm and responsive. Respond to Roshan’s article and discuss it on Linkedin or at www.facebook.com/roshanthiran.leaderonomics 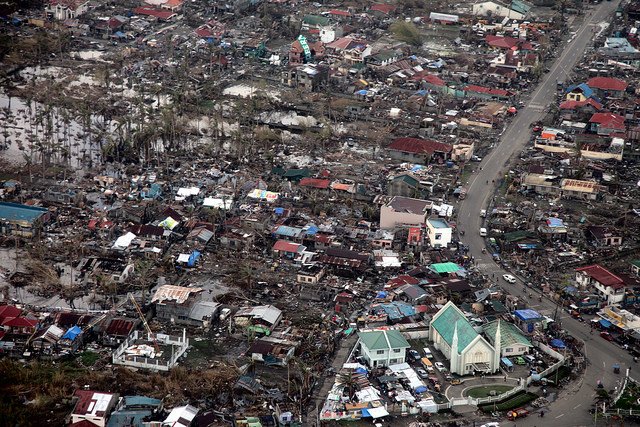