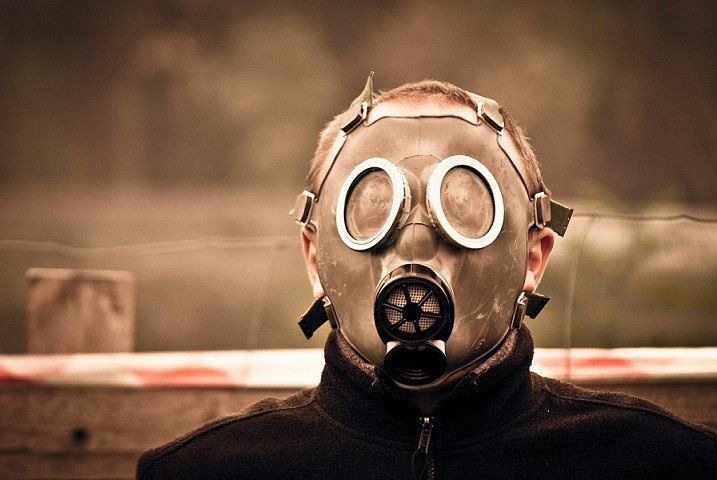 Destructive leadership has become an important issue around the world for political, business, and non-governmental organisations. However, most of the advice and case studies only focus on improving the skills of good leaders. In today’s climate, it’s just as important to understand how to prohibit destructive leadership from damaging your organisation. Likewise, most leadership articles focus on the person. However, context is also a vital consideration.

Leadership is not a person – a leader is a person. Leadership involves followers and other external forces. Thus, it’s critical to take into account both a leader’s characteristics and the environment of that leader, to best identify ways to avoid destructive leadership.

There are three main types of destructive leaders:

While it is easy to envision narcissistic leaders throughout history, they are not easy to spot in the moment. Furthermore, it’s important to remember that there is a spectrum of narcissistic leader types, from those who are simply confident, to the arrogant, to the dangerously self-centred. They are often characterised as charismatic, self-absorbed and sometimes even psychopathic. These leaders put their own self-interest above organisational goals and the common good. Narcissistic tendencies drive the corrupt leader to believe that he or she is a special person with a unique destiny to fulfil and is entitled to the special treatment and wealth that comes along with the abuse of power.

Sepp Blatter, former president of FIFA, is an example of a corrupt leader who abused his power to enrich himself and his close allies. Reports suggest that corruption and bribery had been going on for years within FIFA. In extreme cases, narcissistic leaders may actually be psychopaths – that deadly mix of narcissism, shallow emotions, anti-social tendencies and a penchant for risk-taking. Hitler, organised crime bosses and violent workplace bullies are examples of psychopathic leaders.

Machiavellianism is a potentially destructive leader type that is characterised by the saying “the ends justify the means”. The concept was born out of Niccolò Machiavelli’s 1532 treatise entitled ‘The Prince’ where he describes the need to engage in ruthless behaviour to maintain power for the overall benefit of society. Machiavellian leaders will mistreat groups seen as subversive or as potential threats to power, in order to maintain security or achieve some grand vision.

Although Machiavellianism is often talked about as being almost the same as narcissism and psychopathy, in reality, it is quite distinct. Machiavellian leaders are motivated by their view of what’s best for the group while psychopaths are motivated purely by selfishness. Although the motives are different, Machiavellians can behave in ways that are just as destructive as corrupt leaders. Indeed, truly terrifying leaders are often a combination of both.

Incompetence is another type of destructive leader. Sadly, these leaders may have good intentions and be kind-hearted, yet make terrible mistakes that destroy organisations and harm individuals. These leaders may even be duped by trusted advisers into making bad decisions that benefit a few while doing great harm to many. We have all known leaders whom we liked and thought were “nice” but had been promoted beyond their level of competence. It is unfortunate to see these individuals struggle alone when everyone around them clearly sees the right decision to make.

Organisations can avoid massive problems by identifying destructive leaders before they obtain power. The use of thorough leadership assessment to select leaders will reduce the chances of hiring or promoting a destructive leader. However, the usual types of leadership assessments are not designed to identify destructive leaders. Narcissistic and psychopathic leaders often charm recruiters and interviewers with their confidence and flattery. Likewise, Machiavellians will seem to have pure motives and passion to do good. Even incompetent leaders may be given the benefit of the doubt because they are friendly and likable. However, trained psychologists with experience assessing destructive leaders can identify those with negative tendencies. 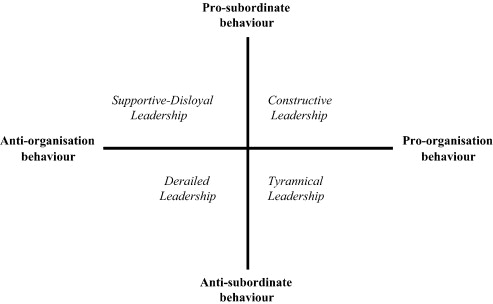 Destructive leaders often take advantage of instability to create a perception of imminent threat. When people feel threatened, they are more willing to give away personal freedom and accept oppressive leadership. For example, former US president George W. Bush was able to use the instability and feelings of imminent threat to begin the American “War on Terror” as well as the second Gulf War in 2003. It is important to note that these threats do not need to be real, only perceived. Destructive leaders frequently play up biases to create fear and gain power.

Additionally, destructive leaders are more likely to emerge in cultures that avoid uncertainty and confrontation, are collectivistic, and have high power distance. Such cultures prefer strong leaders who bring people together and in part, absolve individuals from the responsibility of working out their conflicts directly. Furthermore, high power distance cultures tend to be more tolerant of large discrepancies in wealth, education, and power. Followers in these types of cultures are more susceptible to destructive leadership and likely to conform. Norms and systems at the organisational level have a strong influence on curtailing destructive leaders.

We know through research and experience that destructive leaders are drawn to positions with low supervision, frequent risk-taking, and high visibility (such as sales, investment trading, and senior leadership). Having independent governance with a series of checks and balances, is crucial to avoid damage by destructive leaders. Perhaps even more important is to instill a culture of accountability and ownership rather than dependence on “policies” or “systems” to force compliance. Centralised governance systems that rely on the top of the organisation, lead to over-dependence and weakening of critical thought and expression of opposing views. Systems with decentralised, autonomous units foster greater accountability and are more effective at blocking destructive acts.

Clearly, destructive leadership has tremendous ability to negatively impact individuals, teams, companies, and nations. These leaders are frequently charismatic, manipulative and skilled at taking advantage of the culture and situations, to rise to power and exploit others. It is vitally important for organisations to be on guard against manipulation by destructive leaders. It is also important to build an organisational culture that fosters personal accountability and open debate, rather than relying solely on bureaucratic rules and procedures. Thus, even when destructive leaders do rise to power, their impact will be minimised.

To fill the gaps of talent development in your organisation, find out the video below to know more about the learning platform that curates personalised learning just for you and your team! 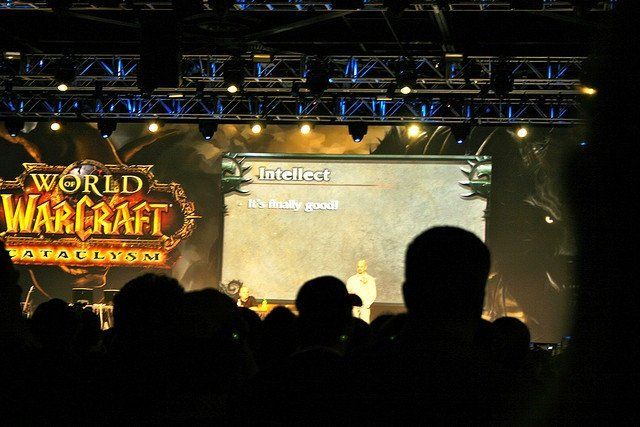 8 Powerful Lessons From World Of Warcraft