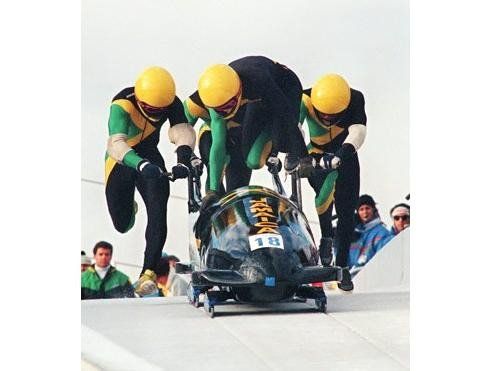 “Feel the rhythm! Feel the rhyme! Get on up, it’s bobsled time! Cool Runnings!”

Cool Runnings, a Disney movie released in 1993, is based on a true story about the first Jamaican bobsled team that made it to the winter Olympics.

At this point, you may be wondering if there was a misprint.

A bobsled team? Formed in a country with a tropical climate?

To answer your question – yes, it really did happen! Before reading on, this is a warning: there are spoilers ahead!

Cool Runnings focuses on Derice Bannock, a runner who aspires to make it to the Olympics. However, during the trials, a competing runner unfortunately stumbles, causing Bannock and a few other runners to trip and lose the race.

Desperate to get into the Olympics anyway, he eventually finds out about bobsledding as a sport in the winter Olympics.

After convincing a retired Olympics bobsledder, Irving, to train him, Bannock manages to form a team from the unlikeliest of people – Sanka, his humorous friend, as well as Junior and Yul Brenner, two other runners who didn’t make it through the trials.

Cool Runnings contains many valuable lessons, paired alongside cheesy jokes, funny characters, and touching scenes. Here are the two top lessons that I took from it:

In the movie, the Jamaican bobsled team is contrasted against the Swiss team during the Olympics. With the Swiss portrayed as professional and exact, the Jamaicans were shown to be more easygoing and fun-loving.

At the same time, both teams had basic principles of hard work and good team chemistry.

There are dozens of certified methods out in the world that can teach us how to develop a team with cohesive teamwork.

While most of the methods are relevant and applicable, we must also understand that past the basic principles, no two teams operate the same way.

Instead of merely following basic principles in generating good teamwork, we should also have an understanding of our team and how it works, to help us work together better.

Similarly, Bannock who tries to follow the methods of the Swiss bobsled team in order to achieve the same success, is corrected by Sanka. We can’t apply the same ‘eins, zwei, drei’ method to every group project!

At the end of the movie, the team manages to hold their own and make it to the last round of the competition. Near the finish line, they encounter a bad bounce, causing their old bobsled to go out of control and topple over.

Even though they are obviously unable to win, the team still continued and finished the race.

With Bannock leading them, the four boys hoisted the sled over their shoulders, walked together to the finish line, and were met with applause and admiration from the audience as well as their competitors.

From this, we can learn from their spirit of excellence. If a team is led by someone who desires to accomplish all tasks with a sense of excellence, this vision can be shared among others to produce well executed work.

Irv: You see Sanka, the driver has to work harder than anyone. He’s the first to show up and the last to leave. When his buddies are all out drinking beer, he’s up in his room studying pictures of turns. You see, a driver must remain focused 100% at all times. Not only is he responsible for knowing every inch of every course he races, he’s also responsible for the lives of the other men in the sled. Now do you want that responsibility?
Sanka: I say we make Derice the driver.
Irv: So do I, Sanka. So do I.

If you’re a fan of Disney movies too, you can connect with Sarah at editor@leaderonomics.com. 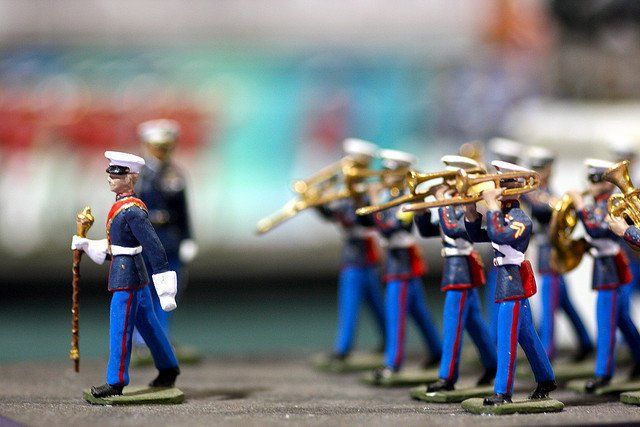