Citizen Of The World

Living in this day and age, we are all interconnected with each other. Every action that we take or thought that we share is recorded on social media sites.

Communicating with people living far away is a breeze, resulting in video call meetings occurring regularly, despite the problems that may pop up. My brother studying 2,500km away can still find methods to irritate me because of the convenience of communication.

With all the readily available tools around us, we are presented with this insane privilege to connect to the world easily, which raises a question: why should we connect?

In Dr Edwin Gerard’s TED Talk entitled Citizens of the World: The Multilingual Child and Adult, he encourages us through various amusing and touching anecdotes to use languages as a platform to give us a better understanding of the cultures that they represent.

You may wonder, how does language represent culture?

In Gerard’s talk, he stresses on the importance of the ability to speak multiple languages.

“What you learn when you learn languages is not just vocabulary and grammar, you’re also learning codes of communication,” says Gerard.

These codes of communication teach us the lifestyles of people of different tongues, and not merely how to speak in their language.

As an example, Gerard tells us about the French. It may be normal for some of us to speak of our sicknesses easily, but the French do not believe in talking about their physical ailments openly. If you’re not feeling well, you do not say that you’re sick.

Instead, you say that you are a little tired.

“In France, you’re either fine, or you’re a bit tired, or you’re dead,” he jokes.

Coming from a multilingual household, all four generations before Gerard spoke different languages.

Despite being born in Los Angeles, he did not speak English until he started school at the age of five. By kindergarten, he could understand three different languages.

Currently working as the admissions director in Le Lycée Français, he believes that learning more languages is key to becoming a better citizen of the world.

He reinforces his belief by explaining several benefits of being multilingual:

1. Ability to connect with the world

“Unfortunately, human beings have this tendency to think if people don’t speak the language you speak, well they probably don’t have much to say,” he mentions.

However, if we are able to speak even a small amount of someone else’s language, this gesture shows that we are acknowledging the other person’s history, memory and their dignity.

As a result, the quality of listening and relationship between both people will change, and a mutual respect is formed.

Giving an example, Gerard tells a story about his former colleagues who taught alongside him in Tunisia. Eager to do their job well, they willingly woke up early in the morning to learn some Arabic before going on to teach their English classes.

Their hard work and commitment allowed them to create bonds with not only their students, but also their families, as they were eventually invited into their homes.

Through their effort and thought, these teachers prove to be exemplary citizens of the world, ready to connect with others by reaching across language and culture barriers.

The child’s mind, until the age of six, is changing more and learning more through language acquisition than through any cognitive processes in its life.

He backs this up by quoting a statement from the American Psychological Association, the largest scientific and professional organisation representing psychology in the United States, saying “early childhood language immersion not only makes them better speakers, but better thinkers. Multilingual kids have superior focus and the ability to tune out distractions.”

Additionally, they are able to do better in all kinds of tests of different subjects.

Gerard brings up a good question that many might ask: why bother learning other languages, when the whole world is learning English anyway?

While it is true that the world is getting smaller, and that people are beginning to speak, dress, and look more alike, Gerard rightfully says:

“you can’t really scratch the surface of another culture if you don’t speak at least un peu (a little in French) of the language of that culture.”

By proving his point, he illustrates going to a gathering, in which there is somebody there who is unable to speak any English.

Now, that person sitting there, by themselves, not speaking English, might be a brilliant scientist, or a poet, or might have some wisdom that might change your life, but you’ll never know that, because they don’t speak your language.

Who knows how many great people we may have failed to get to know due to language barriers?

Taking up a new language, learning more about unfamiliar cultures, and building relationships can be difficult. So why should we make the effort?

The answer is simple. As we are living in an increasingly globalised society, it is clear that our Gen Y will be the ones standing at the forefront, building businesses at the global level. Working for international companies, with employees from many cultures, as well as building international collaborations will eventually become commonplace, if not already so.

If we, the next generation, desire to be successful global citizens and leaders, we need to keep ourselves informed about the world. And by picking up a new language as a method of connection, we are opening ourselves to a larger exposure of the people living around us.

Gerard ends his talk with this:

Inter-cultural bonding comes more easily to kids who are multilingual because through their openness, and their contact with other cultures and other people, they are more informed, more empathetic, and that makes them better citizens of the world.

As someone who has always been too lazy to bother to pick up even my own mother tongue, this talk resonated with me.

Reflecting on what I have written, I ask you now what I asked myself at the end of Gerard’s talk: Are you willing to be a citizen of the world?

Sarah is the youngest intern in Leaderonomics with no idea what she wants to do with her life, but is pretty sure being a citizen of the world is on the list. You can contact her at sarah.tan@leaderonomics.com . To read more articles on the importance of language, click HERE. 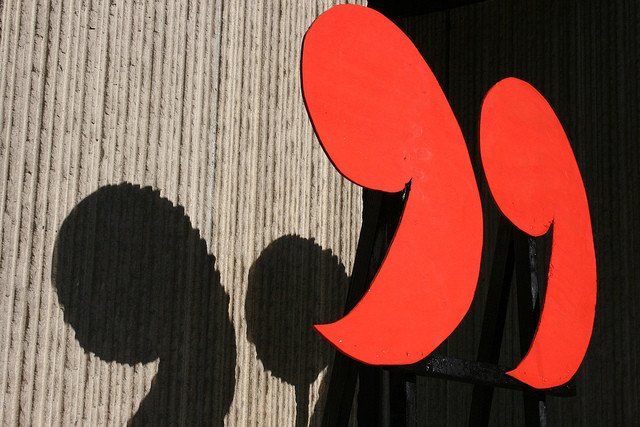