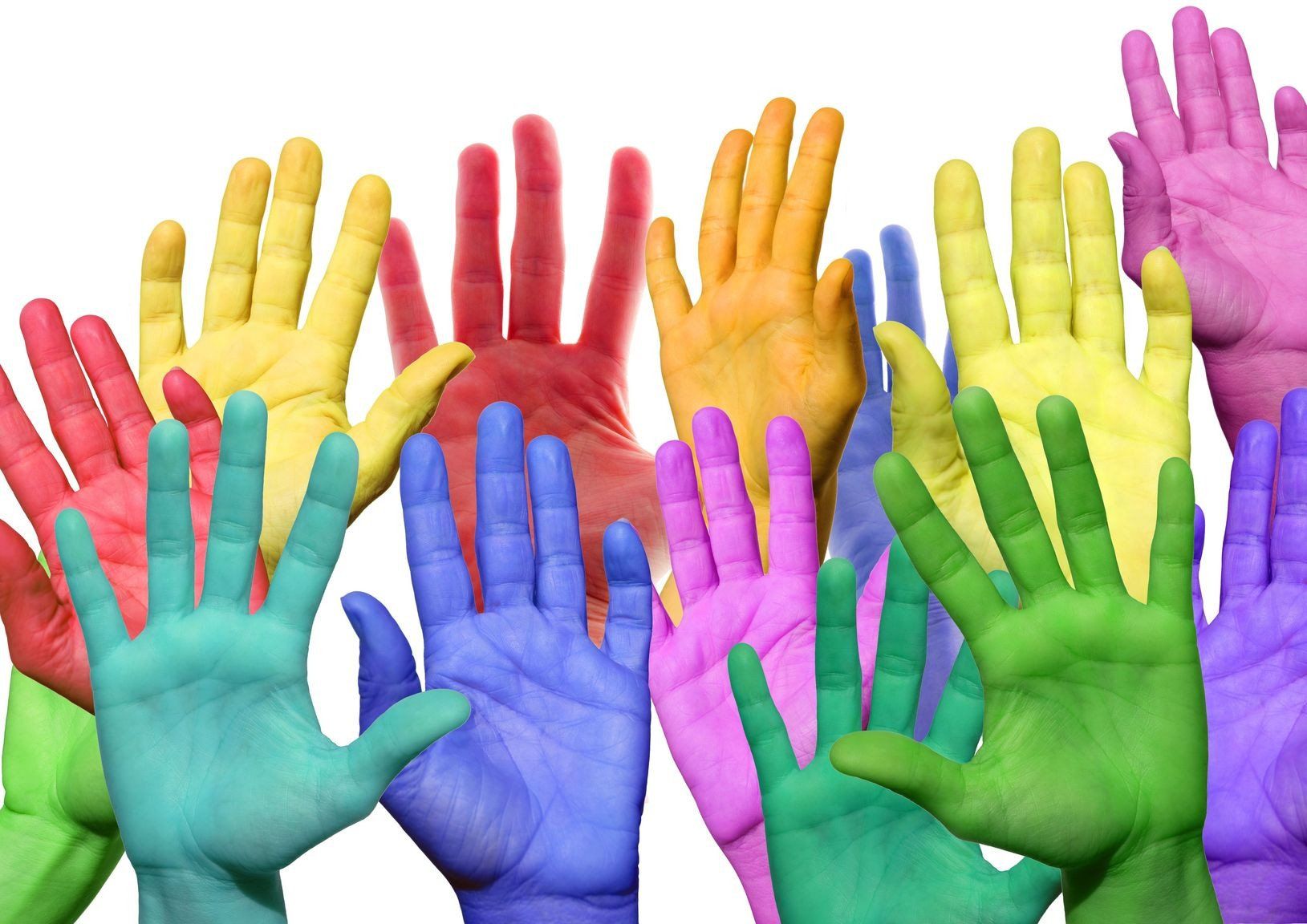 Be united in fighting poverty

Every Dec 20, the United Nations (UN) observes International Solidarity Day to celebrate unity in diversity. The celebration also aims to remind us of the importance of solidarity in eradicating poverty. But, what does it all mean to us?

The Merriam-Webster Dictionary defines it as: “a feeling of unity between people who have the same interests, goals, etc.”

The Collins Advanced Dictionary of English interprets it in a more practical manner: “If a group of people show solidarity, they show support for each other, or for another group, especially in political or international affairs.”

This is the essential prerequisite for any group or faction that seeks to realise a common end.

Based on the definitions of solidarity, it is obvious that this cannot be carried out by an individual alone, for one person cannot be aware of anything that is common, or general, in the absence of others who value the same ideals, views, etc, in order to comprise a working body.

That fact is supported by the statement of John Donne, “No man is an island, entire of itself; every man is a piece of the continent, a part of the main.”

Solidarity in the world

When man began to familiarise with the world, it inevitably came to his/her attention that chaos and disorder was an intrinsic truth of life.
The grand scale of this reality would presumably have presented him/her a futility with regards to correcting and/or organising it.

While creating a perfect global existence proved impossible in present day, there came to existence a myriad of circumstances, reasons and affairs which diminished the individualistic lifestyle of man.

Solidarity lies in every place. In the world, its subordinate networks and those thereof, it is an omnipresent element of life. Something people cannot do without because each and every one is a part of an entirety.

Enter the microcosmic units of society such as family, a business society, political factions, sports teams, musical bands, idealist groups, armed forces and many others.

All these are built and stand firm on the basis of solidarity. Though differences and uniqueness inevitably induce the partitions of individuals, there are always means and situations which provide them the opportunity to correlate.

ALL FOR ONE, TWO FOR ALL

Émile Durkheim, in The Division of Labour in Society, introduced two types of social solidarity which correlates with types of society. These are mechanical and organic.

Humanity, in general, comprises two specific societies in which either of the given are functional.

Mechanical solidarity is normally practised in small scale and traditional” societies which are defined as familial networks.
An example of this would be a tribe. For their common interest of preservation and survival, every member of the whole tribe has a designated role to play and an obligation: hunters provide food, warriors enhance security and safety, elders set rules and instil order, etc.

Organic solidarity is the type which is functional in societies and are characterised as modern and industrial.
It refers to the “interdependence of the component parts”. To supply a descriptive picture, countries with international ties, especially in trade, would be sufficient to take into consideration.

THE POWER OF DIVERSITY
According to Forbes magazine, the idea of diversity seems to be centred around the idea that “It is simply the right thing to do”.

Much of the issue was based on the idea of social inclusion that embraces the variances of gender, race and beliefs.

Fast forward to the millennium: Organisations have realised that diversity is not only an ethical and social issue but is now recognised as a competitive advantage.

Embracing a diversity advantage unlocks creativity and innovation. It also gives a heightened sensitivity to market needs by building a culture of understanding human needs within the organisation first.

The key to using diversity as a competitive advantage lies in the organisation’s capacity to unite its various components under the principle of “solidarity”.

HOW SOLIDARITY CAN CREEP INTO THE CUBICLES

Employees sitting behind individual desks in one department of a company must learn to work with each other despite having various self-interests.
They work to provide for their families; pay debts; invest in extra sources of income; or even placate their desire for self-indulgence.

Conversely, in their professional working environment, there is one distinguished goal they are working for – their behaviour and interaction with their fellow workers, whether those in the same, higher or lower divisions of the hierarchical structure, is the essential instrument to achieving a common end.

Trenna Sue Hiler narrated the following prerequisites in achieving solidarity in the workplace.

A broad and specific goal: Each member must be aware of, and can evaluate, the set goal in order to understand their relevance in its attainment.
Identification of accomplishments: After each day of work; each individual must be capable of saying what he or she has contributed to the common goal.

Knowledge of the benefits: If every member understands their respective benefits, they will have an incentive to work in order to realise the general objective.

The value of solidarity is generally accepted as favourable means of achieving a positive end. Sadly, this principle is impartial to morals or interests.

The goal which is established by a certain society, faction or assemblage shall determine whether it has been a contributive factor for the good or the bad.

No matter how right or wrong it may seem, there is always a general standard set by the majority. The privilege or freedom of non-compliance has always been an integral part of life’s balance.

A collaboration of individuals contrary to the universal good can use solidarity for what will apparently be judged as contemptuous or unconscionable by many.

History has also proven that “solidarity”, as powerful as it is, can be used as a tool for mass destruction. The world has enough examples of despotic leaders from Attila the Hun to Adolf Hitler. They were all empowered by “solidarity”.

A CRUDE APPROACH TO CHANGE

The practice of amputation is a renowned method in the medical world to salvage the entirety of the human anatomy.

A foot infected with gangrene or a breast with cancer cells can be surgically removed so as not to cause negative effects on other parts of the body.

This is due to the fact that the human body is a collection of different systems functioning as one integral whole, much like an organisation resembles the human organism.

Synonymous with this is the presence of what is commonly termed “a few rotten apples”. This refers to peoples or societies that are part of a main group, but which do not act in accordance with the common goal.

They carry out their own interests and/or ways to achieve them. When these elements prove to be unfavourable for the good of a general system, the most proficient method of righting this would be to cast these out and remove them for the benefit of the whole. An idealistic society tends to correct and heal itself in this regard.

Workers who do not function in compliance with company norms and standards are terminated. Team players who do not perform in accordance with the designed plays are replaced or repositioned by their coach.

Ridding the whole of a “few rotten apples” preserves the solidarity of its components; thereby allowing them to work in harmony for the common goal.

Leadership is the most effective means to achieving solidarity. Whether for a right or wrong cause, a formidable arrowhead can deliver the entire shaft and quill to its target.

Douglas MacArthur, upon landing at Leyte, the Philippines, took a microphone which was set to broadcast his words to the masses of Filipinos who relied on him.

His oratory began with, “People of the Philippines; I have returned.”
He had gained their attention by announcing his presence; the very same presence they awaited for three years to lead them against the oppression they suffered under Japanese sovereignty.

He presented them their “hour of redemption”, made them aware that they fight for the “principles of freedom” and inspired their solidarity by presenting their common tribulations with the encouragement of how to overcome it.

“Rally to me… As the lines of battle roll forward to bring you within the zone of operations, rise and strike… For your homes and hearths, strike! For future generations of your sons and daughters, strike! In the name of your sacred dead, strike! Let no heart be faint. Let every arm be steeled.”

Other than battles, companies, organisations and social groups can evolve with people who know how to manage and utilise the skills and capabilities of their employees.

Drive them to perform by convincing them of what they are contributing their efforts to and making them aware of the universal gain they will profit from.

When leaders can identify the collective concern of the many, unite them for the realisation of a common goal and convince them of the benefits they shall reap from the efforts they have sown. Solidarity is established and success is not far behind.

Solidarity is a gift to humanity. In every corner of the world lies a myriad of realities; and so do the multitude of individuals. They may put up with these truths and continue their existence.

Finding a common end always builds unity among people to perform not only for themselves, but for collective gain.

Solidarity has been the driving force behind the survival and success of our species against the elements and even the mastodons. Solidarity is painted within the caves of our earliest ancestors.

I am reminded of a biblical story in reference to the Tower of Babel, as it was said: “If as one people speaking the same language they have begun to do this, then nothing they plan to do will be impossible for them.

The statement very well sums up the power of solidarity. While we dedicate a day celebrating International Solidarity Day, we must remember that a better world starts with ourselves, but the accomplishment of any mission lies beyond ourselves (the “me”).

Solidarity is the spirit that carries our ideals into realities which may lie beyond our existence. It starts with me, you and everyone around us under a common goal to whom we call “OURSELVES (Us)” = Solidarity!

John Walter Baybay is a regional management consultant who has worked more than 17 years in the areas of corporate strategic planning and economic planning. He is a competitive athlete who balances his time between business coaching, family and working with communities. 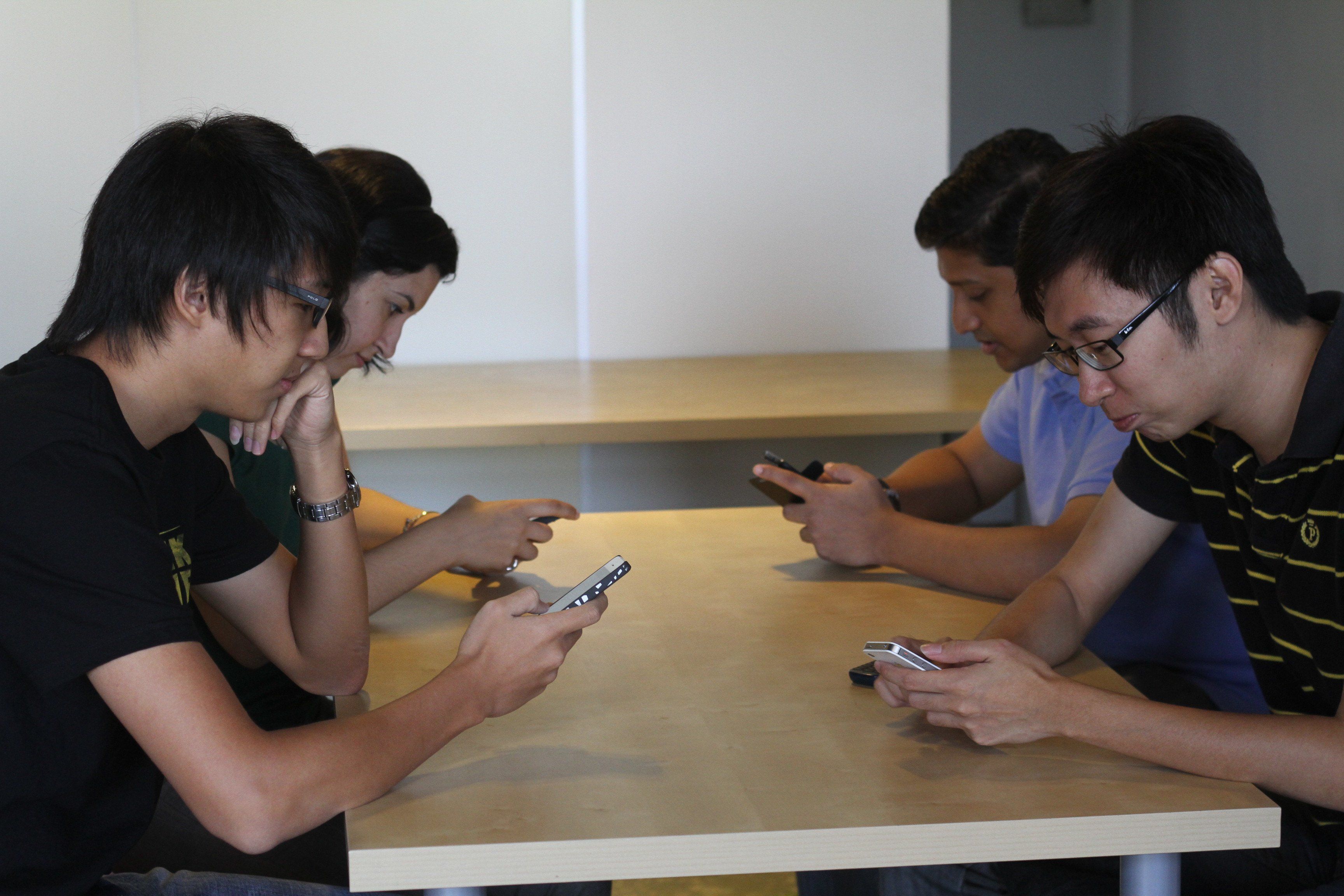 Are you getting ‘Texter’s Neck’?