What Fails Us As Leaders, And How We Get Our Breakthroughs 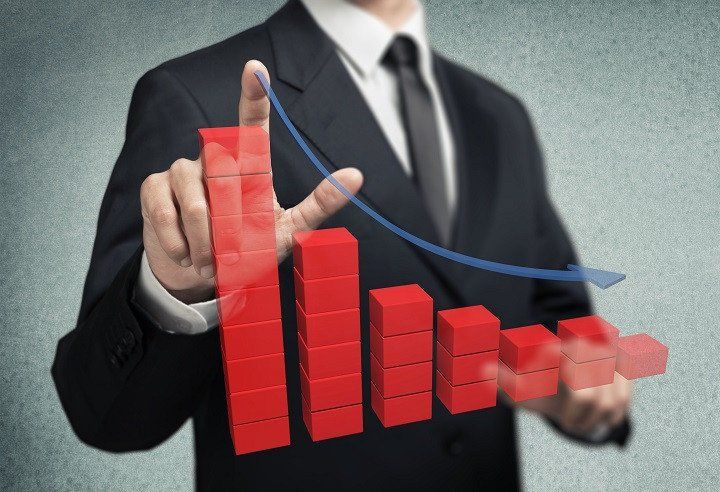 Leaders Must Capitalise on Failure to Achieve Greatness

“Only those who dare to fail greatly can ever achieve greatly.” —John F. Kennedy

Most of us have been told, at one point in our lives, that it is okay to make mistakes, as long as we learn from them. In practice, however, this is something that does not occur often enough. Paradoxically, most of us are brought up with a strong societal pressure to perform. Success defines our worth, while failure discredits us in the eyes of others—often inviting blame and retribution.

Despite the costs of failure, history has shown that the sooner we come to terms with our mistakes, the better our chances are of developing towards greater success. Those who are unprepared to learn from their mistakes, end up in a worse position than those who do.

Let us examine how some leaders overcome the impediments that prevent people, or even institutions, from learning from their mistakes; and extract some leadership insights from their success.

Impediment no. 1: We are discouraged by failure

Repeated failures often lead to helplessness, low self-esteem, and giving up. To many of us, people like Jack Ma and J. K. Rowling seem superhuman because of their ability to get back on their feet after encountering numerous failures and rejections.

Ma is one of Asia’s, if not the world’s, top business magnates who founded the e-commerce company Alibaba.

His many failures include flunking his college entrance exam three times, being rejected 10 times by Harvard University, and even failing to secure work at KFC.

Rowling, known globally for her Harry Potter novels, is also no stranger to failure. She was rejected numerous times by publishers, while living as a single mother on benefits.

Solution: Having a ‘growth mindset’ 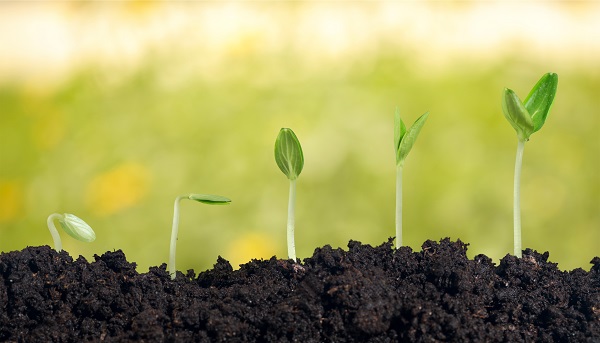 Having a “growth mindset” is better than a “fixed mindset”.

One of the keys to success is having the right mindset for learning, or what psychologist Carol S. Dweck calls a “growth mindset,” where one believes that success comes from actively taking on increasingly harder challenges that stretch one beyond his or her comfort zone.

This is opposed to a “fixed mindset” where one believes that any failure is a sure indication of one’s personal inadequacy that cannot be changed or improved.

When Ma started off, most people thought he was crazy. His advice for young entrepreneurs reflect his growth mindset: “Before 20 years old, be a good student. . .before 30, follow somebody, work for a small company. . .(where) you learn to do a lot of things at one time. . .it’s not which company you go to, but which boss you follow. A good boss teaches you differently.”

Rowling, on her dozens of rejections, had this to say: “Believe me, neither Galbraith (Rowling’s alter ego) nor I walk around thinking we’re fab. We just shoot for ‘writing better than yesterday’.”

Impediment no. 2: We are ashamed of making mistakes

Humans are built with a psychological immune system. We may want to be strong, independent, intelligent perfectionists, but reality proves us wrong by throwing challenges that test our limits.

Many of us react to challenges by building an emotional wall, or defence mechanism, to safeguard ourselves from the shame of making mistakes. Shame motivates us to conceal our mistakes, rather than act on them in a constructive way.

Solution: Wholeheartedness or the acceptance of vulnerability 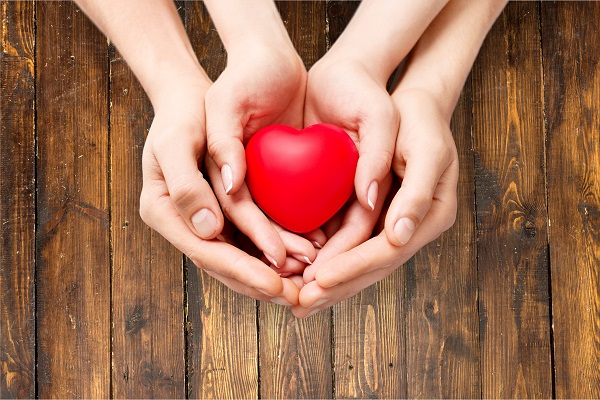 Accepting your vulnerabilities is the happiest and healthiest way of dealing with disappointments.

Brené Brown, author of the bestseller Gifts of Imperfection, brought the concept of “wholeheartedness” to public attention. Proud of her Texan heritage, Brown recounts a time when her attitudes toward success were based on being a strong woman who was independent, perfectly in control of life, and emotionally unfazed by whatever obstacles that were thrown at her.

Her life changed when she undertook a grand research project to uncover the traits that make an individual strong. After interviewing hundreds of individuals, Brown’s research took an unexpected turn.

She realised that the people who had the happiest and healthiest way of dealing with disappointments in life were those who courageously and wholeheartedly accepted their personal flaws or vulnerability.

Those who dealt with their problems by denying their own weaknesses often led themselves down a path of depression, stress, and substance abuse.

Her TED Talk on vulnerability has garnered over 24 million views. Its message resonated with many around the world, prompting her to set up a training company to help professionals deal with the issue of accepting vulnerability.

The relevance of wholeheartedness has gained traction in the area of team management. Patrick Lencioni, author of The Five Dysfunction of Teams and president of consulting firm, The Table Group, wrote that feelings of shame and the desire to shield one’s vulnerability can start a chain of events that lead to distrust between team members, interpersonal conflict and the eventual breakdown of teams.

Impediment no. 3: We hide our mistakes

Most of us will be shocked when we look at the statistics on accidents in the healthcare industry. A 2013 study in the Journal of Patient Safety found that around 400,000 patients die prematurely each year in the United States of America (US) due to preventable harm in hospitals.

He found that when mistakes were made, doctors and nurses constructed communication barriers that prevented any information from coming into the open. Doctors under-reported the incidence of medical errors; hospital staff feared to question the bad decisions of their superiors; and euphemisms were used to sugarcoat the issues. 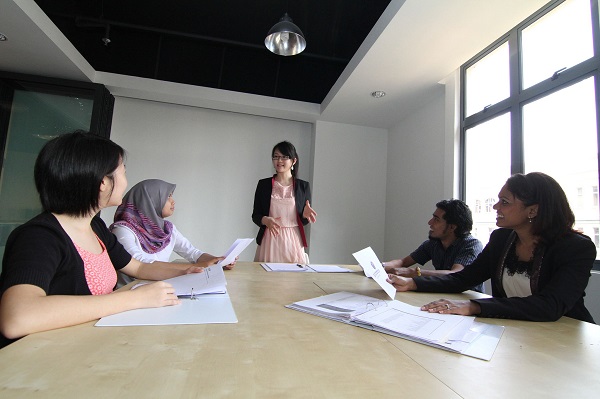 Pracitising open communication is key to learning from mistakes.

After some initial resistance, the staff of Virginia Mason accepted the idea when they found that they now had the power to learn from the mistakes of one another and prevent costly errors before they occur.

Today, Virginia Mason has received numerous accolades for its safety protocols and is ranked as one of the world’s safest hospitals.

Impediment no. 4: We blame others

Error-denial comes in other dangerous forms. “Blame culture” is a common occurrence in organisations that lack open communication. In a “blame culture,” people are more interested in pointing fingers at one another.

Symptoms of a “blame culture” can be seen especially after a failed project, when managers throw a post-mortem meeting, which quickly devolves into a witch-hunt to identify the scapegoats.

Many of us feel a strong need to judge others, as we believe it is only fair that wrongdoers are severely punished to prevent similar problems in the future. The problem is that blame is a double-edged sword. The more we feel the need to blame others, the stronger our fear of being blamed when we ourselves commit an error. Ultimately, blaming distracts us from fixing the real issues that we face.

According to Dave Zwieback, author of Beyond Blame, “blame culture” springs from the failure to realise that failure is multifaceted and finding a single “root cause” to a problem is often too simplistic and pernicious. Such thinking allows managers to come up with comfortable and convenient answers to complex problems. 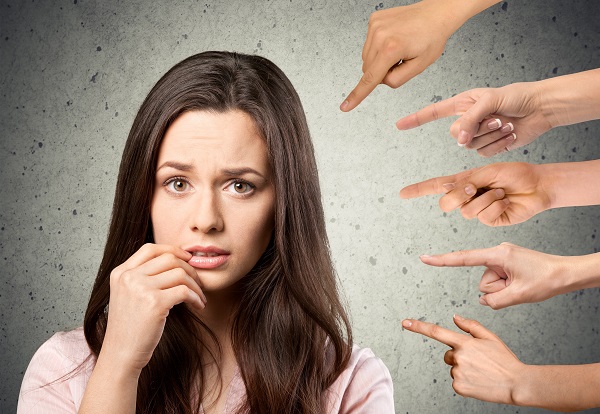 Pick a “learning culture”, rather than a “blame culture”.

To deal effectively with complex problems, organisations need to substitute the “blame culture” with a “learning culture.” We need to take a serious look at the problem and focus on solutions. Maybe the protocols need to be revised; or multiple viewpoints are needed to scrutinise the quality of a product; or certain procedures need to be automated to reduce human error.

In the book Black Box Thinking, Matthew Syed documented the numerous instances where even experts and top managers, due to their reluctance to own up to their mistakes, bring about even more devastating outcomes.

The term “black box thinking” gets its name from the device which records what goes on in an aircraft. The black box is crucial for assessing the factors that contributed to aviation mishaps so that safety procedures and mechanisms could be improved.

The philosophy of examining accidents to make improvement to organisational procedures has been vital for reducing the number of aviation accidents.

According to Syed, in 1912, the US Army lost eight out of 14 pilots in plane crashes, and nearly a quarter of pilots in aviation schools have died during that era.

In 2014, there were only 0.41 accidents out of every one million planes that got off the ground in the West—a significant drop in fatalities after years of painstaking improvement.

Impediment no. 5: We underestimate the need for experimentation

There is an inspiring story in David Bayles’ and Ted Orland’s book Art and Fear. A ceramics teacher assigned two groups of students a pot-making project. The first group was told that they will be graded on “quantity”; they had to produce as many pots as they can. The second was judged on “quality”; they had to produce only one pot per student, which will be graded on beauty.

Curiously, at the end of the course, the group that was judged on “quantity” produced pots that were more exquisite and refined than the other group. What happened was that the “quantity” group made one pot after another, and gradually improved their technique with each successive pot; while the ones who focused on quality sat down and theorised about the perfect pot before starting to work on it. The lesson learnt was that even in creating art, much depends on trial, error, and refinement.

Solution: The art of experimentation 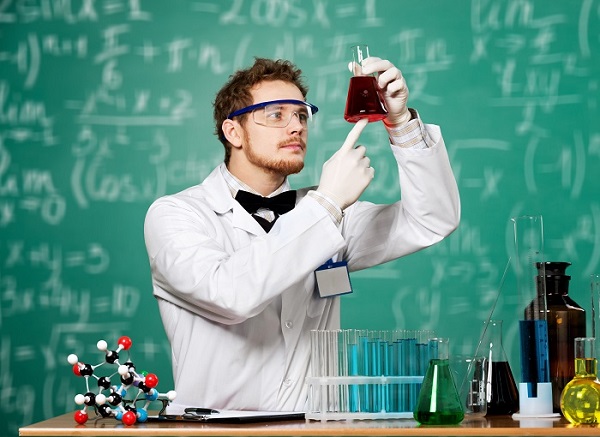 Experimentation is crucial in order to find solutions to problems.

Experimentation is, in fact, a crucial step in developing efficient solutions to complex problems. In the real world, perfectionism only goes that far in helping us achieve the ideal result. A lot of issues are unpredictable until you start working on a project.

A good example of this is in software development, where developers would cobble up a minimum viable product (MVP)—a product with only the basic workable features for potential customers to try out. Issues with the product (and there may be many at this stage) are noted and fixed by the developers, and this process is repeated until most of the creases are smoothened out.

To give an example, software engineer Drew Houston, made many mistakes during his initial plan to implement his idea of creating an online file-sharing service. Frustrated with his tendency to misplace his thumb drive, he decided to create what would later be known as Dropbox.

He described the process of perfecting his product as a “very grueling experience.” Aside from problems of getting funding from investors and running the routine operations of his business, he also had to repair many of the problems in his early product.

“One day you are on top of the world; you get the first article written about you. The next day there is a huge bug and the site is down and you are tearing your hair out,” said Houston, whose company went on to be valued at US$10bil (RM 41 bil) in 2014.

When asked about his success, he stated that “there is surprisingly little magic” to it. Successful leaders, he said, “get groups of smart people together, and try to make the best decisions they can, solving one problem at a time. Then, (they) just do it over and over again.”

Are we ready to fail?

Like most of us, famous leaders who have succeeded have also failed considerably, facing gruelling disappointment, fear and shame behind the scenes. It is how we deal with defeat that distinguishes the winners from the quitters. The crucial ingredient is always the ability to turn every failure into a learning opportunity.

Thomas Edison was once asked if all the thousands of failed experiments he had conducted were in vain; his famous reply was this: “I know several thousand things that won’t work.”

So, are we ready to learn a thousand things that won’t work in our lives? 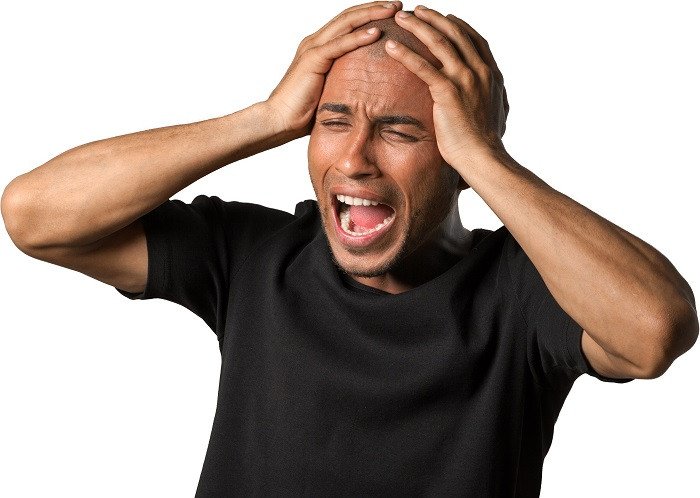