Which Of These Business Issues Can You Most Identify With? 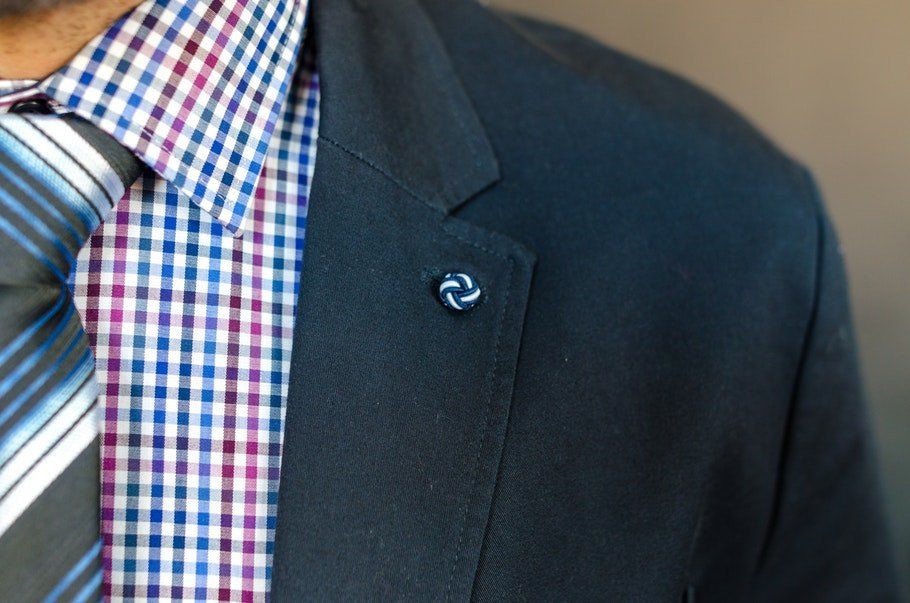 5 Common Business Issues and How To Fix Them

How do you intend to fix them?

In the workplace, almost everyone can tell you what is going wrong and who is to blame. Predictably, the blame usually lands on leadership. As a business leader myself, there’s an obvious temptation to leap to the defence of leaders and to suggest that some of the accountability lies with the people outside the leadership team. In many cases, people tend to avoid speaking up about the challenges they face at work.
Therefore, when it looks like there are no pressing issues, leaders have no idea that anything is amiss in the first place.

Everybody in an organisation has a duty to raise concerns whenever they arise.

If everyone is part of one team, and all of them share common goals, it’s in the interest of every team member to make sure that their organisation is doing well. A big part of that is having the ability to speak up when required, rather than simply keeping our heads down and hoping particular problems will eventually go away. In a way, it’s right that the buck stops with leaders. As John C. Maxwell suggests, everything rises and falls with leadership.

Over the years, I’ve witnessed some amazing examples of authentic leadership that inspires and empowers. On the other hand, I’ve also seen examples of leadership that have been truly toxic. In the latter case, everyone gets drawn into a negative downward spiral of gossip and criticism, and that leads to a potent toxicity within an organisation.

Typically, issues within an organisation stem from common problems that you’ll find in any company that struggles in one or more areas of engagement and execution. At the root of any problem is a lack of self-awareness, either on the part of the leadership team or among the employees. In the worst cases, self-awareness is found lacking right across the board. Let’s take a look at these five common problems that exist across organisations. To fix them, there needs to be a real (and collective) effort made to find and be part of the solution. 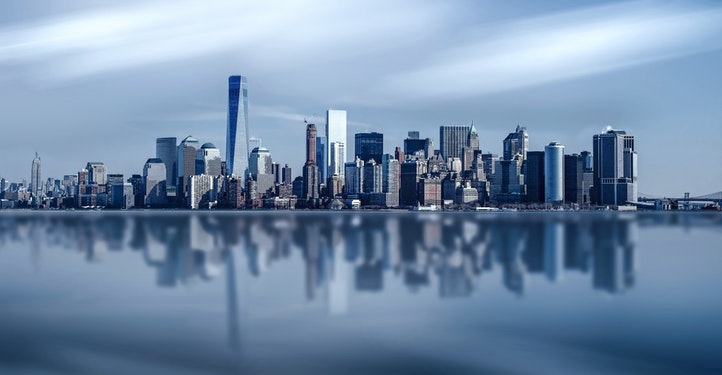 1. Departments are alien to each other

As an employee, it’s easy to miss how your work impacts and feeds into the work of fellow colleagues in other departments. As a result, silos form and people fail to see the big picture of how the organisation works as a whole to reach its goals and objectives.

If you’re in sales, why should you care what’s going on in human resources or finance? It’s got nothing to do with you, right? When this kind of attitude is left to fester in the workplace, leaders can kiss any real sense of teamwork ‘goodbye,’ and that has potentially disastrous consequences.

Having all-employee meetings once or twice a month is a great way to let everyone know what each department is up to, including their successes and challenges. They’re a great opportunity for leaders to offer ideas on how departments can work together to solve a particular problem or capitalise on a great result. They also (literally) bring everyone out of their own team bubble and give a big-picture perspective with regard to their contributions to the organisation.

Leaders who micromanage can cause big problems, so can leaders who go ‘missing in action’ for much of the time. The late Steve Jobs once said that he hired smart people so they could tell him what to do. But that didn’t mean he retreated into the shadows at Apple and let everyone get on with things.

Even brilliant employees need to know whether what they’re doing is in line with the company’s direction. If there’s no leader to be seen, it’s impossible for people to know whether they’re getting it right or heading in the wrong direction.

Effective leaders make sure they engage with their teams on a regular basis, and that they’re always on hand to offer whatever support is needed. It’s vital for leaders to always be accessible to their people, and they should be proactive in getting to know what employees need in order to perform their roles well to the best of their abilities.

3. In the face of challenges, the tumbleweed blows

Many leaders will know what it’s like to have people gathered in a room with the intention of getting to the root cause of key issues.

As soon as employees are asked about what they think is going wrong, a deafening silence fills the air. No one wants to speak, a few of them stare at their shoes, and others are suddenly fascinated with the mission statement on the wall.

In short, no one wants to rock the boat any further, which means they either have no confidence in the leadership, or they doubt that a solution will be found. Sometimes it’s both.

As painful as it might be, when the room falls silent, it’s time for the leaders to stand up and speak up. This is a time for courageous conversations, and it’s the leader’s responsibility to voice out what everyone is thinking.

While it can be uncomfortable to talk about difficulties and why they arise, doing so will start the team on the path towards turning things around. By avoiding the elephant(s) in the room, the problems will simply get bigger and more challenging to deal with.

4. There’s no appreciation offered. Ever.

This is not only one of the most common issues across industries, it’s also the easiest to avoid. Yet, while it exists, it can be the most damaging. Leaders are often caught up in their own world: there are a million things to get done, and it can feel like there’s little time for anything other than the task at hand.

As a result, noticing the efforts of employees who do a great job day-in, day-out is something that is too often neglected. Worst of all, it’s the one thing that leads directly to people feeling unimportant and disengaged.

If presidents in the White House can learn the names and details of their many staff, business leaders have little excuse not to engage with the people they see on a daily basis. There’s no need to announce a Proclamation of Worth to an employee who does a good job.

Just recognising a person’s contribution with a, “Hey Ikhwan, thanks for preparing those slides for me – great job, I really appreciate it!” can go a long way in making an employee feel valued.

Of course, you can push the boat out a little further and take people out for lunches once in a while or hand out movie tickets as a token of appreciation. There are many ways to show that you care as a leader, and a great way to start would be to see if you can offer sincere praise to an employee or colleague on a daily basis. Make it a habit, but make sure it’s genuine – and be specific. You’ll be surprised at the difference it can make.

Bad leadership often exists because there’s a tendency to take all the credit for other people’s work – or to lay the blame at other people’s feet when something goes wrong. Both of these tendencies can have a massively negative impact on employees.

As any psychologist will tell you, negative impressions stick around for much longer than positive ones. Leaders who take a “me, myself and I” approach are setting themselves up to create a workplace that is divisive, toxic, and made up of isolated and disengaged employees.

Use the words “we” and “us” as much as possible in constructive and positive ways — and put other people in the spotlight. Did your company just landed that big contract? Great! Shine the light squarely on the team members who closed the deal and make sure their accomplishment rings throughout the organisation. Failed to meet the targets this quarter? Tough going!

Take the responsibility on your shoulders. Sure, failures are just as much down to the collective as successes are, but when the going gets tough, people will look to the leadership to find out what needs to be done, and great leaders start by avoiding finger-pointing at anyone.

After reading all the common problems above, which ones can you identify with the most in your organisation? What should you be doing to turn things around? 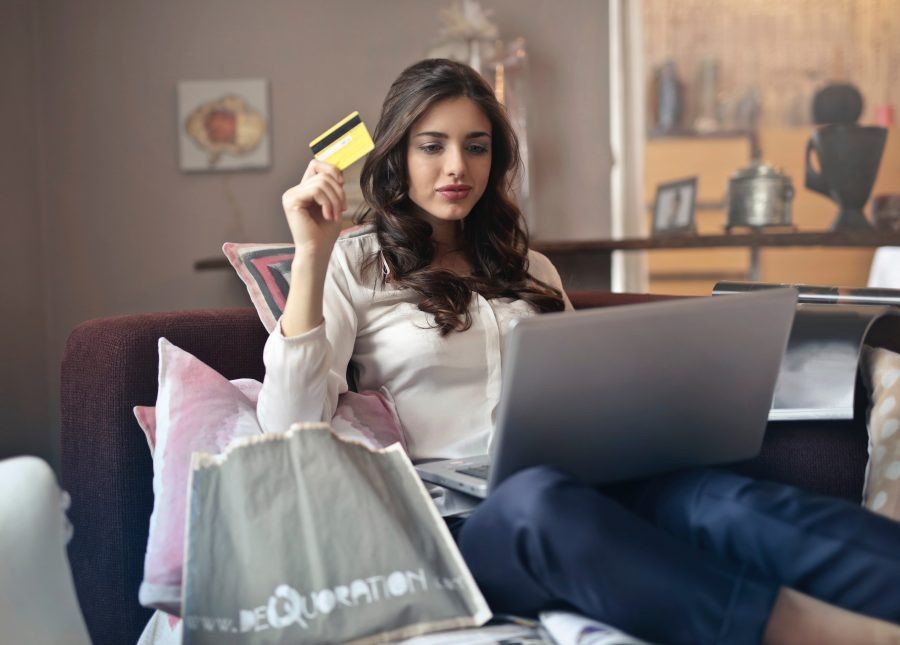 Let’s Go Back To The Basics Of Financial Literacy, Shall We?