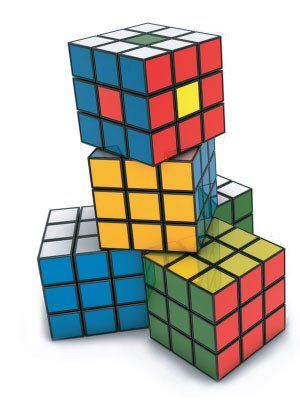 Intelligence is defined as “the ability to acquire and utilise knowledge”. Intelligence Quotient (IQ) is gauged by one’s ability to utilise previously gathered information.

Creativity, on the other hand, is the ability to come up with new ideas through a mental process of connecting existing concepts.

The common misconception is that ideas have to be revolutionary, which is not quite right. They just have to be new for the thinker.

Intelligence certainly plays a role in creative thinking, but not in ways that you might expect.

Your IQ is generally assessed by your ability to interpret information and provide solutions, no matter what the circumstance.

In mathematics and sciences, IQ is immensely important because it shows your ability to memorise concepts and repeat the outcome on similar problems.

If I tell you that two plus two equals four, ideally you should be able to intelligently deduce that four plus four equals twice the original answer.

This fact demonstrates intelligence’s relation to creativity, one that is vital for not only understanding creative thinking, but for improving it as well.

One key aspect of intelligence is the ability to filter solutions efficiently. If you’re great at acquiring knowledge (e.g. through reading or watching YouTube) and you have the ability to put that knowledge to use effectively, but you lack the ability to efficiently filter through solutions, you may come up with ideas, but it’s going to take you some time to execute them.

However, intelligence only gets you so far when it comes to creativity. Creativity means being able to pull existing knowledge into a new situation and quickly sorting through potential outcomes.

Existing knowledge is something that anyone above a certain threshold on the IQ scale can gather. Once you’ve got to a level of knowledge gathering and utilisation that’s about average, you’re well on your way to having the creative potential of Albert Einstein, Bill Gates, or Steve Jobs.

So, intelligence matters. It demonstrates your ability to gather knowledge and effectively use it.

Creativity is the ability to go beyond the intelligence frame and capitalise on seemingly random connections of concepts.

Creative experts don’t need to be more intelligent than the average person. They simply do these three things more diligently than anyone else:

1. They have more experiences.

2. They think about their experiences more often.

3. When they start pursuing potential outcomes to problems or projects, they simply work harder with the ideas they come up with (whereas everyone else gives up after just one or two tries, or let their inner critic prevent them from exploring more).

Connections fuel creativity, nothing is original

In a Wired interview in 1996, Jobs stated, “Creativity is just connecting things. When you ask creative people how they did something, they feel a little guilty because they didn’t really do it. They just saw something”.

He went on to explain that experience is the secret to being able to make connections so readily. Creative people are able to connect the experiences they have and synthesise new things.

And the reason they are able to do that is because they’ve had more experiences or they have thought more about their experiences than other people.

Making connections between those dots of knowledge seems to be just as important in the field of science.

In The Art of Scientific Investigation, Cambridge University professor W. I. B. Beveridge stated that successful scientists “have often been people with wide interests,” which led to their originality. Originality often consists in linking up ideas whose connection was not previously deduced.

Every new idea is just a mash up or a remix of one or more previous ideas. So if you’re looking for advice on creating more connections between the knowledge you have, here are some good ways to start:

1. Add to your knowledge.

Start by reading more outside your own field so you would have more dots when the time comes to connect them later.

2. Keep track of everything.

Take a notebook (or your phone) with you everywhere and take notes. Don’t expect your brain to remember everything — give it a hand by taking down important concepts or ideas you come across. As you do this, you may remember previous notes that relate (hey, you’re making connections already!) — make a note of those as well.

As you add more knowledge to your repertoire, you can now review your notes and make connections between them!

As Einstein once said “Imagination is more important than knowledge.” Creative breakthroughs often emerge spontaneously when the mind is distracted and not focusing on the problem at hand.

Raina Radzaif is a learning and development practitioner with a leading Malaysia-based multinational corporation. If you enjoyed reading the article, click here for more! 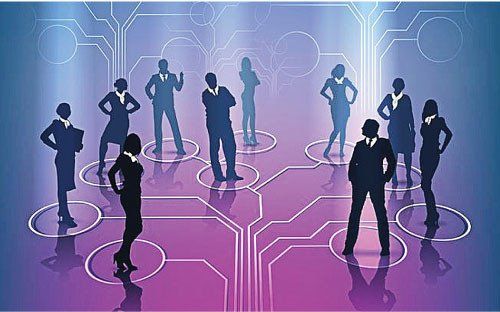