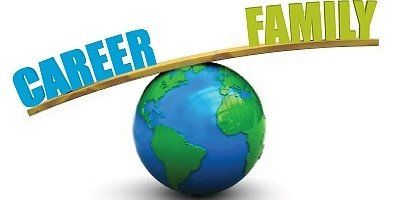 Sexual harassment at work is a common issue that is far more prevalent in the workplace than most people actually realise.

Sexual harassment at work is a common issue that is far more prevalent in the workplace than most people actually realise. Often, it is said that people tend to be confused with what sexual harassment really is and when the right time is to lodge a complaint.

According to the Ministry of Human Resources 42-70% of female workers in a number of industrialised countries have been subject to sexual harassment. Some report these cases; but what about the ones who keep silent? It is a serious issue which requires quick attention and preventive measures.

Let’s explore some of the common examples and signs of when they happen and how to avoid being a victim because of fear of retaliation or losing one’s job.

What is sexual harassment?

There are many forms of harassment or violence, but sexual harassment is one of the most common forms especially with women as victims. According to the All Women’s Action Society (AWAM), “sexual harassment is defined as receiving any unwanted conduct of a sexual nature including sexual comments, fondling, lewd gestures, jokes, emails, smses, pornographic pictures, coercion and more”.

Quid pro quo (which means this for that) is a form of sexual harassment whereby a person’s work performance is based purely on whether he or she submits to unwelcome sexual conduct. This is also known as abuse of authority and this is more commonly initiated by male employers/superiors.

“Hostile environment” is the other form of sexual harassment. It can be in the way of verbal, physical or visual type harassment that is sexual in nature. It is also most commonly created by a series of occurrences. This type of working environment is also considered “unsafe”.

Breaking into your space

Many women would have a story to tell about being victims of sexual harassment. Chief judge of the United States Court of Appeals for the Ninth Circuit Kozinski recognised and said that “it is a sobering revelation that every woman who has spent time in the workforce in the last two decades can tell at least one story about being the object of sexual harassment.”

Women can be sexually harassed at the workplace by anyone – either by their peers, superiors or even clients. However, the majority of the incidents in fact, occur between a superior and his subordinate.

A study conducted on Fortune 500 companies found that “almost two-thirds of sexual harassment complaints were brought against a woman’s immediate supervisor or another person with greater authority”.

Despite knowing that sexual harassment is common, we are often confused about it. You may suspect that you are being sexually harassed but you are not sure how to react. On the other hand, you may not even know what would be considered sexual harassment, especially in situations where such harassment is mild.

If a male colleague comes close and starts putting his arm around your shoulder, is that considered harassment or is he just being friendly and warm? The way to look at it is when someone is physically “too close for your comfort”; then, it may potentially be some form of sexual harassment.

Another way to suspect that it is happening is when you feel a form of an unwelcome sexual behaviour coming from someone, which then makes a person feel offended, humiliated or intimidated. An example of this is when someone breaks into your personal space while interacting with you.

It is crucial to be aware and to avoid any unwelcome actions toward us. We should always be wise in dealing with such cases. There are multiple solutions to deal with this issue but there is no one best way to respond to harassment because every situation is different and unique.

Based on a study published by the American Psychological Association, some of the effective strategies that many women have found useful are:

>> Saying “no” to the harasser firmly and be direct when you say it. Smiling while saying it would give the impression that you may enjoy such attention.

>> Writing a letter/email to the harasser, describing how the incident had made you feel and mentioning that it needs to stop. Keep a copy of the letter/email.

>> Recording what happened. If it happens in the presence of a witness, that would also help justify your statements when you lodge a complaint or take legal action if you decide to do so.

>> Telling someone about it as you may not be the only victim of your harasser. Speaking to the person responsible for dealing with harassment in the organisation would be helpful too.

>> Being professional at work. Drawing a line will help. It is crucial to differentiate between having good interpersonal skills and being overly-friendly, which may come across as flirty. 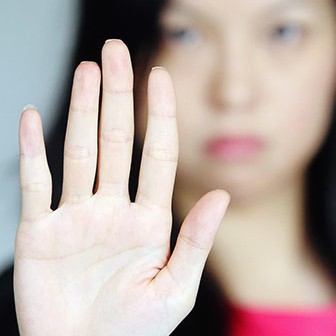 There are many ways for women to avoid being a victim of sexual harassment. Should there be any uncertainty, analysing the situation prior to taking action would help. The only thing you shouldn’t do is to ignore it and keep quiet about it because ignoring such situations will not cause them to go away.

Apart from the individual’s effort to shun all unwelcome actions, organisations can play a role in eradicating this issue as well. Employers ought to take extra preventive measures such as education, training and outreach programmes apart from having proper policies in place. Other than caring for the employees, victims of harassment create financial havoc for employers as well.

It has been found that sexual harassment costs a typical Fortune 500 company US$6.7mil per year in absenteeism, low productivity and employee turnover. That figure does not include additional costs for possible litigation expenses, executive time and tarnished public image should a case storm up in court. It is, hence, vital that employers do everything within their power to dampen, if not eliminate, all cases of sexual harassment.

Despite the shortcomings shared above, women employees should not shun all forms of contact with their male counterparts. Practising good interpersonal skills is still crucial in every organisation. Being friendly and warm is still advisable as long as it is professional and there is a limit drawn to the proximity of the relationship between colleagues, superiors or clients.

Monica Patrick, in an article on work boundaries puts it this way: “professional relationships should be personable but they must be guided by decorum and specific boundaries”. Every woman should be able to be herself, and be caring if she likes. Staying engaged and connected are also positive traits, which everyone should continue to practise.

The art is to know where the boundaries are and this will then firm up gray areas concerning job duties, increasing efficiency and making the workplace more productive.

All in all, sexual harassment is a common, yet avoidable issue, and everyone plays a role in eradicating this problem. Women should also be aware and mindful of the need to obliterate this issue instead of ignoring it. In addition, it is crucial to be smart and professional in the workplace as failing to do so would bring about negative outcomes.

Women should be confident and know their rights at work. Instead of keeping quiet, speak up and highlight the issues when needed before they get out of control. Employers, on the other hand, should no longer turn a blind eye to complaints of sexual harassment in the workplace as they have a huge implication to the organisation as a whole.

Every human being should enjoy a working environment free of harassment. Activist Meera Samanther who is also the Association of Women Lawyers’ president in Malaysia stressed that “sexual harassment is a violation of human dignity and our fundamental liberty to equal opportunities at work.”

In short, the way forward is really to educate and enforce the need to adhere to work ethics and professionalism so this issue can be prevented. 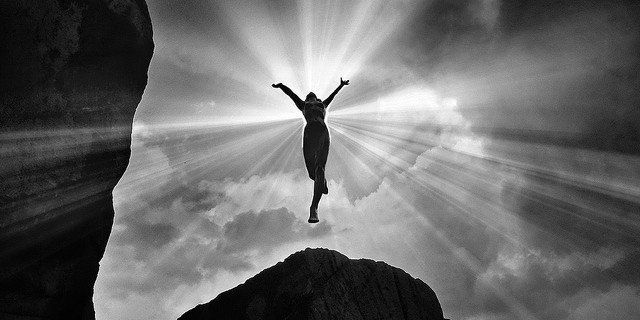 14 Ways To Get Breakthrough Ideas