Why ASEAN Companies Need To Be Better Storytellers 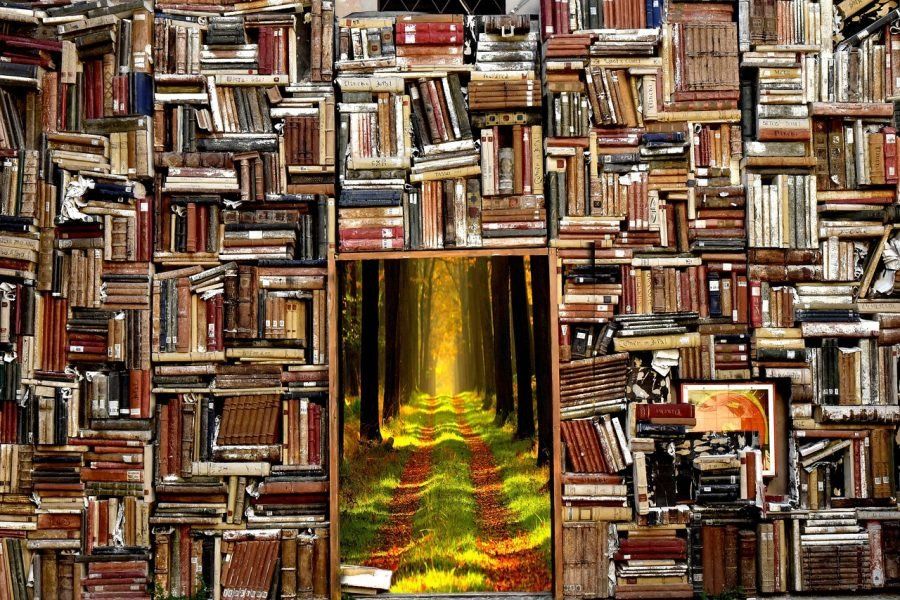 Over the years, the number of these MSC-status companies has grown to more than 2,500.

Many of these companies are already market leaders here, and some are ready to take the next step: to succeed in the ASEAN market.

We at MDEC saw the potential of these companies to be global players, even to become global icons: and ASEAN was envisioned as the next major stride forward.

Why is Malaysia a fertile ground for emerging global icons?

Firstly, Malaysia is centrally-located, and for companies based here, many markets are within easy reach.

We have gained a deep understanding of buyer behaviour and market dynamics.

Also, Malaysia – with a population of over 30 million – limits the growth potential of any business, especially a technology one.

This fosters a creative tension, a drive to answer the strategic challenge: How does a company stand out from the rest?

During the infancy stage, most companies start by selling to customers that they can connect by a sharp focus on competencies, pricing, and delivery.

However, the next chapter of the story demands answering the overpowering need to stand out from the crowd.

This will always remain a challenge, of course, for most companies throughout the entire lifecycle of the company: the pressure to adapt.

But just to stop the story here: Consider that most companies will only look into this issue when they achieve a certain scale, a certain milestone along their growth journey.

Can you be differentiated by your products and services? Or is there something else?

Looking at a sampling of the successful local technology companies such as iPay88, Fusionex International, N2N Connect, iflix, Sedania Innovators, Les Copaque and Mindvalley, I would say that only a handful have engaged the power of stories.

Having worked at several multinational companies such as Lucent, American Express, Telstra, and others, I have had first-hand experience delving into the sales process from the inside out.

The truth, they say, always lies within. It has become clear to me that the truly successful companies have been able to craft powerful strategic stories to explain their relevance.

Yes, we need to have the right product-value mix, but the deal is definitely lost if our story lacks meat, lacks structure, and misses telling unique selling points.

Stories are powerful differentiators, and for this reason have always appealed to the human psyche.

The first clear stories that remain visible for humankind are probably the Palaeolithic cave paintings in Lascaux, France, which are estimated to be 20,000 years old.

For centuries our ancestors were captivated by stories, and long before the written word, history was passed down verbally through the generations in the form of stories.

It was paintings, visual work and the spoken word that captivated our imaginations.

Interestingly, fast forward to the modern era, it was noted American linguist, Noam Chomsky, who in the 1960s said that we are all born with an innate language.

Chomsky went on to say that the primary purpose of language was for thought – not communication!

Yet leaders and sales people continue to throw facts and figures at us.

I am not saying that these are not important, but they need to be placed within the engaging, compelling structure – that which we call an overarching story.

This is something that non-governmental organisations (NGOs) do very well. Talk to any successful NGO and they will explain the reason for their existence without using facts and figures.

Companies, possibly influenced by finance and product specialists, seem to jump straight into why the product is better or cheaper, and the better ones are able to sell the value proposition.

It seems we have deliberately ignored the wisdom of generations to get into a “you can never win” race to prove our product is better than competitive offerings.

Companies that are not able to climb out of this abyss will find it difficult to survive in an increasingly competitive and connected world.

It is already tough to win the ‘features and benefits’ war when you are sitting in front of a prospect, and even more impossible when you are not.

And in a competitive world, this is the challenge faced by companies in ASEAN.

There are of course notable exceptions; AirAsia has a great story, represented by its famous tagline, “Now Everyone Can Fly.”

Nadiem Anwar Makarim, founder and chief executive officer of Go-Jek, Indonesia’s first billion-dollar technology start-up, is a powerful storyteller and is propelling the company into becoming an Indonesian logistics and payment superstar.

Grab is following suit. The ASEAN market will be an open one, which means that small- and medium-sized enterprises (SMEs) need to start thinking about how they are going to compete, not just within the region but against global players.

Alibaba, through Lazada, has already disrupted local eCommerce players, coming in ahead of Amazon.

Alipay and WeChat Pay have already hit our shores.

For SMEs and technology companies, the writing is on the wall. Learn to compete, or face extinction.

This is why storytelling skills are critical, and, for me, an area where ASEAN companies have not mastered.

Let’s take a look at a couple of extraordinary storytellers from the technology world.

In the movie Jobs, you can see the time and effort that goes into his presentation – it’s not a matter of running through a few slides with a narrative.

What he says, how he says it, where he stands and sits, how he unveils the product’s functionality – it is all carefully crafted within an overarching story so that he captivates, entertains and most importantly, speaks to each and every one in a way that touches their emotional core.

Why did he do this? Was it his passion or obsession with detail? Perhaps.

But I think he truly understood how important stories are to the human psyche.

And by casting the story correctly, he opened the door for his sales and marketing people to follow up with the features and benefits pitch.

That’s the art of strategic storytelling.

Simon Sinek, in his most watched video on “The Golden Circle” says that by answering the why question, you can reach into the limbic system, or the “emotional brain.”

We know from biology that it is buried within the cerebrum and is possibly the oldest part of our brain.

The limbic system doesn’t control language, reasoning, coordination, etc., all of which are controlled by the cerebrum.

But because it is the repository of emotions and memories, it can drive actions more effectively than rational thought.

Jobs and others have perhaps intuitively understood this and used stories to set their companies apart from the pack.

Elon Musk, entrepreneur and leader extraordinaire, a man I truly admire and respect, is another example of a great strategic storyteller.

He announced the Tesla Roadster in 2004 and using the chassis and engineering strength of Lotus Engineering, he delivered the first unit four years later.

The cars were sold based on their features and performance.

It was a simple but powerful message targeted at the limbic system.

As a result, Tesla’s Model-S became the bestselling electric vehicle in the United States in 2016 and 2017.

To end on an important note: Why is storytelling so important to ASEAN technology companies?

I’ve already talked about the competitive environment these companies face.

Instead of pushing more and more information out, we need to learn the art of storytelling. The emotional engagement that I mentioned earlier is vital to business performance.

Technology today has been democratised; and it has deepened our connectivity and our reach to our customers, competitors, and just about every single person on the planet.

ASEAN companies can stand tall with other global players; we just need to tell our compelling stories!

Gopi Ganesalingam is MDEC’s vice president of Enterprise Development, a division that focuses on developing Malaysian technology companies into regional and global players. If you have any queries on the GAIN programme, check out mdec.my/msc-malaysia/gain for more information. 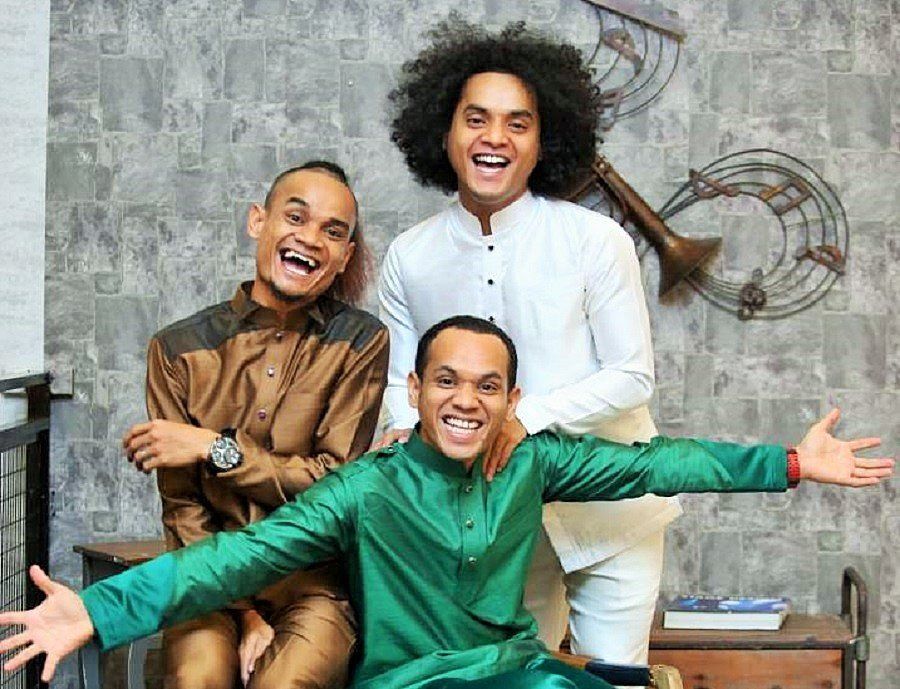 From Zero To Hero: Life Lessons From The Sea