Are You A Giver Or Receiver?

Is There Power in Giving in Today's Me-Generation of Instant Gratification?

I have often been told that money cannot buy us happiness. But now scientists beg to differ. They say it can make us happy as long as we spend it on someone else!

According to three scientific studies done by University of British Columbia Professor Elizabeth Dunn and her team, “regardless of income, those who spent money on others reported greater happiness, while those who spent more on themselves did not.” (Refer to Note 1)

In tests, those giving money away were far happier than others spending it on luxuries for themselves. Giving away as little as a couple of ringgit daily is enough to significantly boost happiness levels, according to Harvard professor Michael Norton.

Related post: Tending To A Garden Of Happiness (At Work!)

The same can be said of countries. According to a global study by Arwin and Lew, “the statistical evidence from this study therefore suggests that as far as happiness is concerned, it is better to give than to receive aid.” Leveraging the World Database of Happiness, this study found that countries that gave more aid had a direct correlation with happiness whilst receiving aid did not impact happiness.

Interestingly, it seems the same for businesses. Businesses that are primarily focused on enhancing shareholder value (i.e. receiving profits), have unhappier people compared with start-ups and social enterprises (companies that give to its communities).

In fact, in a recent UK poll, people in large companies have a far higher disposable income than their grandparents, yet are not happier. Unhappy people mean lower productivity and higher healthcare costs.
Most people forget that inspired leadership is more about people and not products or profit. And people are inspired by organisations and leaders that give rather in addition to receiving.

History is awash with the value of giving. Christopher Chapman’s 1680 grave in Westminster Abbey reads: 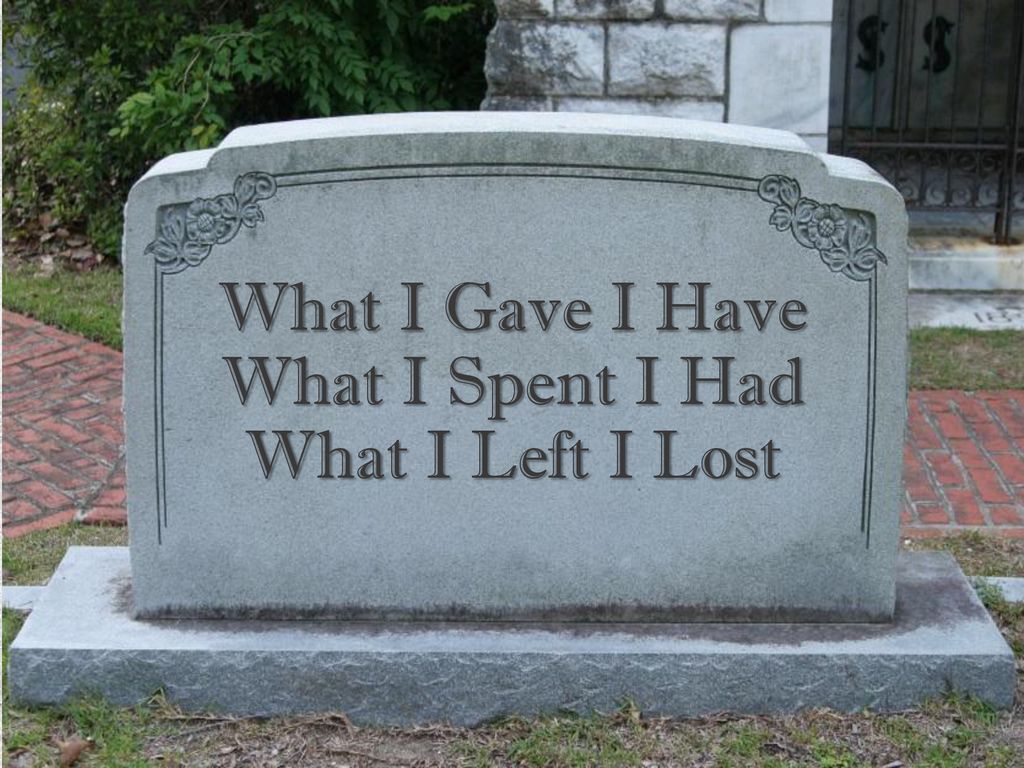 “Give what you have."

Of course there are some who believe they have little to give, and that their gift will make little difference. Mother Teresa confounds that by saying:

“A life not lived for others is not a life.”

If anyone truly lived a life of giving, it was Mother Teresa. Leaders sometimes give at great personal cost to themselves. Gandhi lost his life to his cause. So did Martin Luther King. But their leadership legacies live forever.

Today, we see a different form of leadership. A leadership of wanting to receive more and more. The Wall Street Journal suggested that a culture of greed’ was to blame for the recent financial crisis with billionaire investor Stephen Jarislowsky echoing that extreme greed’ was to blame. Even when organisations were falling apart, we read of its leaders receiving more and more. In the movie Wall Street Gordon Gekko, in his greed is good’ speech, crystallised why receiving is the new leadership mantra.

But yet when we explore new research on legendary leaders’, the following are the top three leadership traits identified:

This might interest you: Has Your Company’s Charitable Giving Become An Empty Ritual?

Reading through the top three traits of legendary leaders, it paints a picture of a giving leader. The opposite of Gordon Gekko in Wall Street. They focus on people, not only on profits, have long term purpose and bring benefit to society. Interestingly, social enterprises are organisations that focus on significance, ensuring impact to the community and these organisations end up creating new markets in the process.

I was once invited to be one of the main judges at the reality show from TV3, Sejuta Impian . The show centred on enabling Malaysians to be able to fulfil their dreams’, as long as these dreams’ benefit the community in some way or form.

As I watched the 92 finalists come and present their cases for funding, I was inspired by how Malaysians want to impact the community. More interestingly was the mushrooming of social enterprises with a clear social mission and a solid plan of sustainability through profits.

More and more organisations today are transforming from profit-driven’ only into social-driven’ missions. GE is moving into green territory with its eco-imagination’ mission. Google “does no evil” whilst AirAsia‘s social mission is to ensure “everyone can fly.” Everywhere organisations realise that giving ensures a bigger return and are altering their focus from profit singularly to a more community-based mission.

Social enterprises and giving companies don’t just donate cash and gifts. They give back to society by making the world a better place, engaging with stakeholders and the community around them. They give back to their employees with great workplace practices.

Companies who consistently try to take into account its stakeholders and community outperformed the S&P 500 by more than twice the average over the past 15 years. (Schmidt, 2000). This result was confirmed by Harvard University, who found community-based’ companies showed four times the growth rate and eight times the employment growth when compared with companies that are shareholder-only focused (Harvard University, 2000).

How is it that giving companies outperform the traditional maximising shareholder value’ organisations? In C.K. Prahalad’s book Fortune at the Bottom of the Pyramid, he challenges big companies by showcasing that we could make bigger profit and margins by focusing on people who earn less than US$2 per day.

His book showcased how social enterprises that championed the poor and other social causes reaped significant bigger margins than the big boys. Grameen Bank in Bangladesh outperformed all other banks but their core mission was to serve the poor, not to enhance shareholder value.

Social enterprises tap on both these competitive advantages but additionally tap into further social advantages that can be used for competitive purposes, such as community support, superior brand identity, customer commitment to the cause, and employee engagement.

This might interest you: How A Social Enterprise Transforms The Nation One Leader At A Time

Nothing unites people more (especially your employee base) than to work together towards the greater good of mankind and the community. Giving truly excites your employees and gets them committed to your cause, ensuring higher margins and profitability.

We often hear of stories of leaders who jump out of their big CEO roles and gravitate towards new roles which have more meaning. It is a strange phenomenon that they all reach a stage in their careers when leaders feel compelled to suddenly give back’.

Peter Lynch was at the peak of his career, having grown the Fidelity Magellan fund, when he decided to leave to set up a philanthropic fund. So did Bill Gates, Carnegie and Rockefeller.

Why does it have to be so late in one’s career that giving happens? Giving is simple. Giving is not only providing financial support. The best leaders believe that “you get the best out of others when you give the best of yourself” and they start giving early in life.

So, how do leaders in business give throughout their careers? Below are three simple ways that each of us can begin the process of giving back:

I am going to end this article with a short story on why giving sometimes even gets you out of trouble, especially poor drivers. A few years ago, an accident took place with a woman’s car crashing into a man’s car. Both cars were wrecked. But amazingly, neither got injured.

As they crawled out of their demolished cars, they both counted their blessings with the man shocked by this miracle. “Even more amazing,” said the woman, “my wine did not even break. Here, have my bottle to celebrate our survival,” as she gives the new bottle to the man.

The man smiled and with his manly grip opened the bottle, drank half and handed it back to the lady, who simply put the cork back in and handed it back. Flustered, the man asked, “Aren’t you having any?” To which the woman replied, “No. I think I’ll just wait for the police.”

The value of a man resides in what he gives and not in what he is capable of receiving.” Be a generous leader keep giving to your people.

Check this podcast out on what it means to give in terms of volunteerism! We hope it encourages you!

So, how can you be more of a giver today? This could help start you out! You can make a difference to give back as well as lend a hand to the communities around you. Click here to find out more! 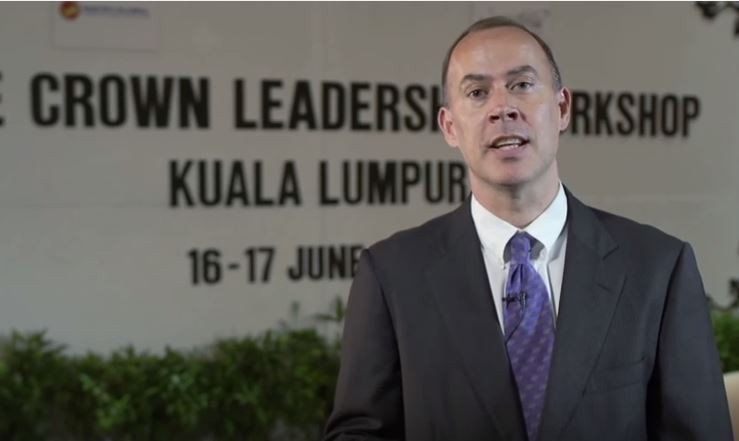