8 Critical Questions To Ask In A Slip And Fall 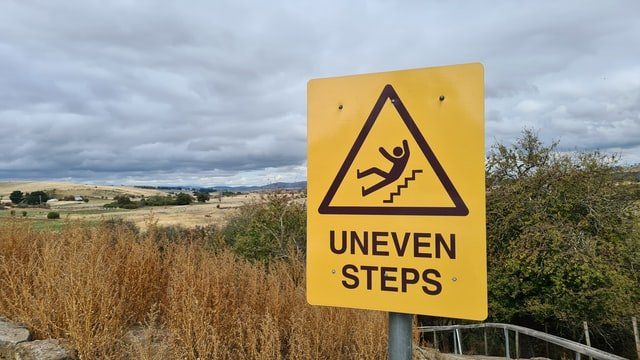 Disclaimer: The views expressed in this article belong to an independent guest author and not Leaderonomics, its directors, affiliates, or employees.

Figuring out who's at fault in a slip and fall accident can be tricky, both for the defendant and the plaintiff. Either side can assume the fault, as it's not as clear-cut as car accidents or any other type of accident. It's so ambiguous, in fact, that there have been cases where the party at fault genuinely believes that they're free from any responsibility. If both sides aren't sure of their standing, the court proceedings can be disastrous and exhausting.

On the bright side, there are a couple of ways to determine fault in a slip and fall accident, one of which is by going over several questions regarding the incident. That's what this guide is all about.


Listed below are eight of the most important questions you should be asking yourself if you want to find out who's truly at fault in a slip and fall accident.

1. Was The Owner or the Staff Responsible for The Incident?

One of the main conditions that would prove that the owner is at fault is if they were the ones that created the hazardous situation in the first place. For example, if you slip and fall because of a spilled coffee or a wet floor, the owner should be liable for the injuries.

Of course, since the plaintiff was the one who brought up the case, they must also be responsible for proving the fault of the other party (the owner). With that said, they must do their best to look for the evidence pointing to this fact. That's why victims are often advised to take pictures of the scene.

Once the victim has located the cause, and it turns out that it was more or less related to the actions of the staff or the owner, it's pretty much guaranteed that they would be at fault, regardless of whether they knew of the hazard or not. Speaking of which, this is yet another question that both sides should be asking.

2. Did The Owner Know About the Hazard?

Another one of the main conditions that can prove if the owner is at fault for the accident is if they were aware of the hazard and its potential risks to other individuals.

If they were, then it would be even more evident that they're at fault for the accident, even if they weren't the main reason that the hazard was created in the first place. This is primarily because of the safe place statute—a statute requiring owners of public buildings to maintain their buildings' safety and create a safe workplace.

If they were aware of the hazard yet didn't take action to repair the issue, they're 100% the one at fault. Take note that this 'hazard' can either be a structural defect, like a worn and torn staircase, or an unsafe condition, such as a slippery floor.
Of course, some defendants would lie about not knowing of the hazard for the sake of winning the case, and it's difficult to prove if they're telling the truth if that's the case. That's where the next question comes in.

3. Was The Hazard Too Obvious to Not Recognise?

Even if the owner claims to not know of the hazard, the ruling won't go their way if the damage was too obvious, to begin with. This is because when in court, the judge and jury would treat both sides as reasonable individuals.

If the hazard was noticeable enough for a 'reasonable' person to recognise, it should've been the same for the owner. Hence, the court would rule that the owner is at fault. Owners can minimise the amount they or their insurance company would have to pay the plaintiff according to the answer to the following question.

4. Did The Owner Do Anything About the Hazard?

Although owners who are negligent of their own building are pretty common, some are genuinely concerned about other people's safety. The victim may have just been unlucky to get caught in the hazard before the owner, or their staff could repair it fully.

In this case, it would significantly reduce the settlement, but the owner would still be at fault, especially if they didn't put signs or warnings around the vicinity of the hazard to warn the guests. But if it turns out that they did, then the fault is still undecided.

5. Were There Signs or Warnings in the Vicinity?

The owner can either minimise their liability or, if they're lucky, avoid the fault entirely if they can prove that there were signs or warnings in the vicinity. This is because it would bring up the question of whether the victim is partially or wholly at fault for the accident.

6. Did The Victim Heed the Posted Warnings?

Upon proving that the owners did indeed place signs or warnings in the vicinity of the hazard, the next question is whether the victim heeded these warnings or simply ignored them.

Depending on the answer to these questions, the court may rule that the victim was partially or wholly at fault, and they would receive no compensation from the owner or their insurance company.

Of course, these signs should be noticeable to the 'reasonable person.' Otherwise, the warnings and signs wouldn't have served their purpose, explaining the accident.

7. Were The Victim Trespassing in a Restricted Area?

When an area is in an unsafe condition or has structural defects, the owner can either place warnings in the vicinity or barricade the area altogether, making it restricted from the guests.

If, for some reason, the victim had the accident within these areas, the fault would go towards the victim since it proves two things:
(I) The owner has done everything they could to prevent any accidents and could've done anything more, and.
(II) The victim was utterly negligent. Even if that's not the case, the victim can still be at fault if they were obviously careless in the situation.

8. Did The Victim Exercise Caution?

When determining who's at fault in a slip and fall accident, a term called ordinary care is used to describe what a reasonable person should do in a specified situation. For example, if the victim was walking down the stairs, they should have done the following responsibilities:

If the victim were found to be negligent of these responsibilities, they would either receive a reduced amount of settlement or none at all. In the worst-case scenario, the owner may even sue the supposed victim for pushing the blame for profit.

The average settlement for slip and fall accidents ranges from USD$15,000 to USD$45,000. This is a huge amount, no matter where you are in the world, especially if you're the victim. That's precisely why, when you're involved in a slip and fall accident, you must do everything you can to prove your innocence. With these questions, you should be able to figure out who's at fault for the accident and take steps to make sure you can avoid taking the blame.

Author: Peter Briggs is a legal advocate. He has been in the industry for more than 10 years. Peter shares his expertise and skills by writing guest posts online. During his free time, Peter loves mountain climbing, camping, and boating.

Hey there, have you got the desire to increase employee engagement but simultaneously incorporating fun in it? Say no more and look no further. Check the media powered by Leaderonomics that shares you the details on the Happily product:

EXTRA INFO: Happily (or Budaya for those from Indonesia) is an amazing engagement app built for organisation to drive engagement amongst employees. It has amazing analytics and also provides activities for employees to be fully immersed in the organisation's culture and values. To find out more, click here or email info@leaderonomics.com 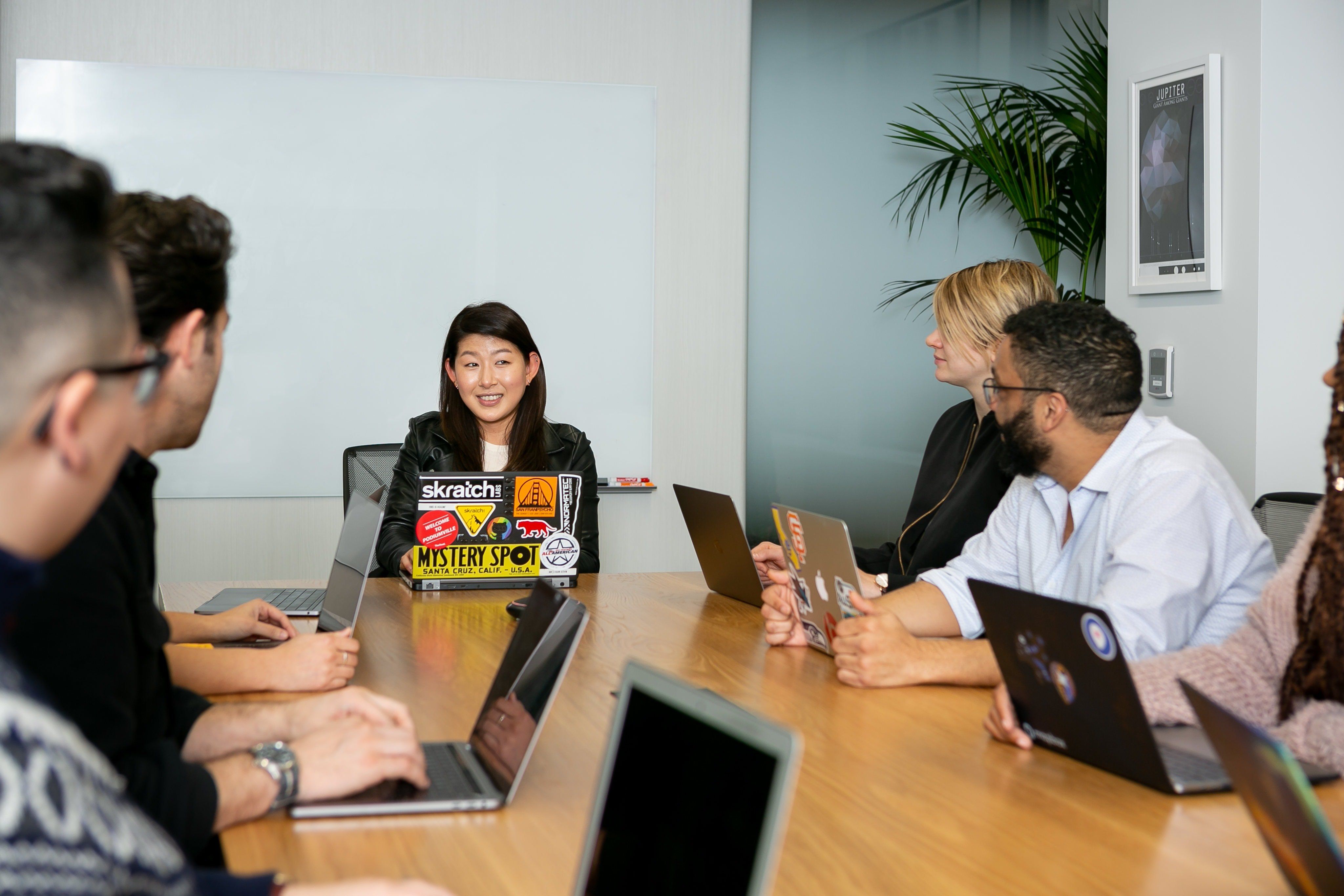