The End Of Gen-X In The Workplace? 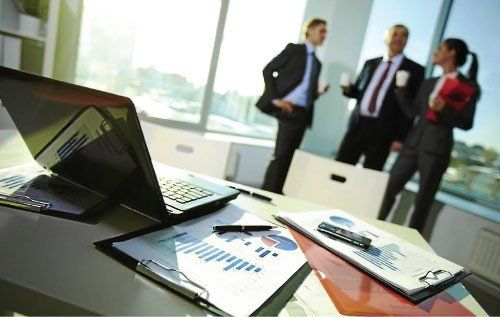 Now in their mid-30s to 50s, Gen-Xers find themselves preparing to take on the next wave of leadership from their predecessors; but are they ready, willing and able?

Relatively small in number, Gen-Xers are sandwiched between the large group of Baby Boomers (in their mid-40s to 60s) and the huge influx of young Gen-Y or Millennials (those under 30) entering the workforce.

Indeed, the multi-generational workplace is becoming increasingly distinct. But will these Gen-Xers find more challenges and obstacles compared with Baby Boomers or their progenies, the Millennials ?

Named by Canadian novelist Douglas Coupland, Gen-X refers to those born after the post-World War II boom, roughly between the early 1960s and late 70s.

Gen-Xers struggled throughout their youth to establish an identity that was separate from the preceding Baby Boomer generation.

They are often labelled as cynical, largely because they matured in the wake of the stock market crash, entering the job market amid an era of economic turmoil as well as an arduous housing market in many nations (Beyond the baby boomers: the rise of Generation Y by KPMG, 2007).

Nevertheless, it is also because of such exposure that Gen-Xers developed radical entrepreneurship, giving birth to the dotCom boom.

Gen-Xers are also arguably the best-educated generation with at least a bachelor’s degree (socialmarketing.org).

So, although often criticised as being aimless, slackers, sceptical or simply lost, Gen-Xers may have more ammo than they think in confronting the inevitable generational shift in the workplace.

Gen-X in a millennial world

Often termed as the “forgotten generation”, Gen-Xers feel frustrated by Baby Boomers blocking their way to the top as older employees delay retirement. This gripe is intensified with over-anxious Millennials trying to jump ahead of them.

With longer life spans and a changing attitude towards work, Baby Boomers are prolonging their professional tenures.

Marcie Pitt-Catsouphes, director of the Sloan Centre on Aging and Work at Boston College asserts that “the meaning of work has dramatically evolved to include more than just the things you get paid to do (but) work now means being productive for as long as they can (as people) want to be recognised as contributing human beings”.

At the same time, there are also Baby Boomers who are continuing to work past the retirement age simply because they need to.

Living standards will fall while poverty rates will rise for the elderly in wealthy countries and as for developing countries, many governments are not ready in providing retirement systems to replace the tradition of children caring for aging parents (US Baby Boomers & rest of world braces for retirement crisis, Delaware County Daily Times, Dec 2013).

The report also highlighted a different retirement worry in Asia that is a by-product of its own economic growth.

For example, traditionally the Chinese and South Koreans could expect to be cared for by their grown children but more newly prosperous young people are living on their own and are also more likely to move to distant cities to take jobs, leaving parents behind.

As for the Millennials, this group is now making a beeline into the workforce armed with ambition, energy and gusto.

According to Asian Institute of Finance CEO Dr Raymond Madden, they now “make up about 40% of the current workforce in Malaysia and many Asean countries (and is expected to comprise about) 75% within a relatively short span of time”.

Hence, it is not surprising that many companies are channelling their resources to target the Millennials in terms of recruitment, talent development and career progression.

There is an increasing trend of companies offering internships to tertiary students, tailor-made apprentice programmes for graduates as well as a variety of employee engagement and retention approaches designed to connect with the younger generation.

Having said that, Millennials are also often described as impatient as they aspire to climb the career ladder as quickly as possible and are very likely to move on to another organisation given the opportunity.

The South China Morning Post (Aug 2012) reported on a Tamty McGill Consultants International’s survey in Hong Kong, which found that Millennials are impatient, self-centred, likely to prioritise monetary gain as well as expect close monitoring and instant feedback from colleagues or bosses.

So, on one hand, Gen-Xers find themselves stuck behind Baby Boomer bosses with their often conservative methods and approaches.

On the other hand, there is the Millennials who are not only finding shortcuts to get ahead, but are also getting more attention from upper management.

Staying relevant amidst the demographical shift

Regardless, Gen-Xers do bring value to the workplace as they are a technology-savvy, self-reliant group that does not require constant guidance or feedback that many attention-seeking Millennials tend to demand.

Here are some ways in which Gen-Xers can stay relevant and meaningful in their careers.

Gen-Xers are in the best position to facilitate the transition with Baby Boomers (slowly but surely) leaving the workplace while making room for newbie Millennials.

Gen-Xers have, for a long time, worked with Baby Boomers and are familiar with how things work despite recognising some challenges of the more traditional practices.

With a few tweaks to their own preferences, Gen-Xers (who are generally less concerned with hierarchy) can set a less constrained working environment, which would naturally work well with the younger generation.

Gen-Xers can also make the best of both worlds by applying what has worked with Baby Boomer bosses and what will work with the Millennials.

There is a need to find ways to transfer as much knowledge and experience as possible to the next generation so that an effective succession planning is in place.

A study revealed that companies are far from ready as 68% agree that their organisations are over dependent on Baby Boomer CEOs (and therefore, there must be) a company-wide, inter-generational transfer of institutional knowledge” (After the Baby Boomers survey by Odgers Berndtson, 2012).

Gen-Xers grew up with technology when it took a much more rudimentary form, making them develop the need to learn and understand the logic or structure to use it effectively.

This sets them apart from Baby Boomers, who more often than not, tend to shy away from technology and perhaps impeded its implementation.

Gen-Xers are the perfect advocates of technology; an asset Baby Boomers acknowledge and one that Millennials will appreciate.

3. Gen-Xers’ more liberal attitude is a plus

Unlike conservative Baby Boomers, Gen-Xers strive towards a work-life balance and also tend to be more at ease with two-way communication.

Gen-X leaders who understand the value of such evolving aspects in the workplace – and perhaps even strive towards it themselves – will change the dynamics as Millennials who also share this view will find it easier to relate to them.

4. Take the reins with positivity

Gen-Xers need to be confident and take charge of the situation. They must step up to the plate and utilise a collaborative approach to stay relevant to the two generations that come before and after them.

As their span of control increases, Gen-X leaders will need such skills to coordinate people and processes, revitalise work mechanisms and ensure that their positive methods trickle down into all levels of the organisation.

A survey by Kelly Services (Understanding and leveraging generational diversity for organisational success) found that almost 50% of employees in the Asia-Pacific acknowledged that inter-generational differences can lead to serious conflicts in the workplace.

Thus, Gen-Xers should not let cultural norms and tired leadership styles linger unnecessarily. Instead, they are the ones in the best position to scrape some of the antiquated practices that still remain and pioneer new ones that will work for the new world.

Learn from the past, innovate for the future

It is crucial to realise the need to evolve and learn with changing times. It is imperative to have the right people for the right jobs with the right skills at the right time.

Despite seemingly tough obstacles, Gen-Xers possess significant assets in which they can use to influence the shifting generational dynamics in the workplace.

Whether intentionally or otherwise, Gen-Xers have long been groomed by their Baby Boomer predecessors to take over way before the Millennials came into the picture.

Concurrently, there is also a need for employers to manage inter-generational diversity and the impending demographic shift. After all, there are many significances of generational mix in the workplace.

An American nationwide study (by the Fairfax County Economic Development Authority in Virginia, 2012) revealed that a majority of employees believes that each generation is valuable in its own right.

What Gen-Xers must establish is their rightful place in the workplace and to be appreciated for it; reassure Baby Boomers’ confidence in them as the next-in-lines while earning the respect of young Millennials.

Do You Have The Right Thinking Skills To Succeed In Life?