Ensuring Food Security Challenges And The Future Potential In Agro-food 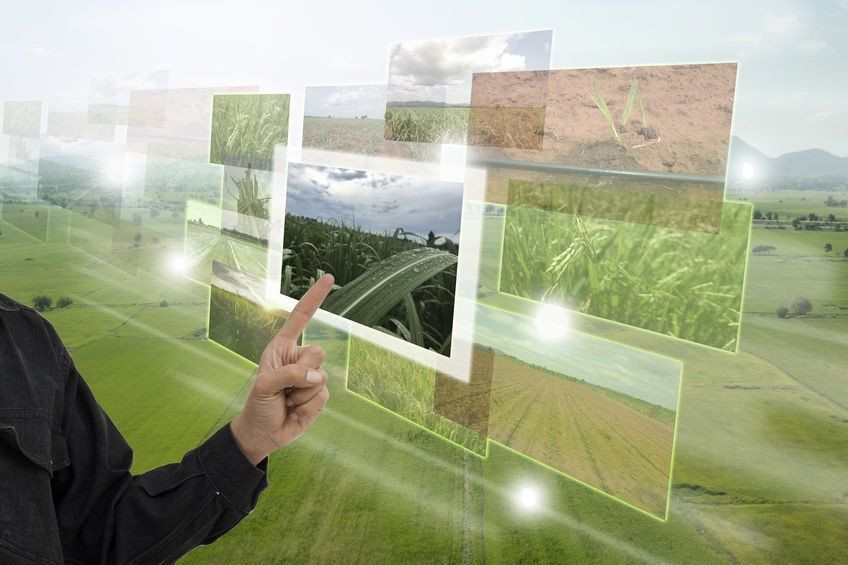 Regardless of geographical location, cultural background and food preferences, people must eat every day. It is a fundamental requirement for survival.

The right to food is a human right, and people should have sufficient food and the means to access it, and the food should meet the person’s dietary and nutritional needs.

With the world population growing fast, access to sufficient food and nutrition is a real concern in some parts of the world. According to the Food and Agriculture Organisation (FAO), the global population is predicted to grow to almost 10 billion by 2050. This could potentially increase agricultural demand by up to 50% compared to 2013.

When you need to buy food, you go to a supermarket or grocery shop to buy raw ingredients for cooking. Besides that, you can also walk into a restaurant and order a meal. However, some people in the world do not have this luxury. There might be a production or supply chain problem in their region or area that prevents the adequate supply of good quality food to them.

That is why the smooth functioning of the agro-food subsector is important.

The Growth Opportunities in the Global Agro-Food Product Market report stated that the agro-food product market worldwide is expected to reach USD1.14 billion by 2018.

The report also revealed that the agro-food product market is fragmented with 10 companies dominating, but their market share adds up to less than 20%. Meanwhile, in order to compete with the big players, small industry players use strategies such as differentiation of products and aim for higher service level delivery to keep customers satisfied.

Disposable income is expected to rise, and as a result, consumers will have higher spending power. However, awareness about health and wellness is also expected to increase, and this will drive the demand for more healthy food products. Growth in urbanisation is also a factor that will drive the increase of demand in the agro-food product market.

According to the Future of Food and Agriculture: Trends and Challenges by the FAO, investments in agricultural and technological advances are increasing productivity, but growth of yields has slowed down. Moreover, there is the problem of food losses and waste in agriculture, and if lessened, could help to reduce the need to increase production.

The FAO report also states that although there is a need to increase productivity, it is hampered by environmental degradation and biodiversity loss, and also the spread of pests and diseases that attack plants and animals. 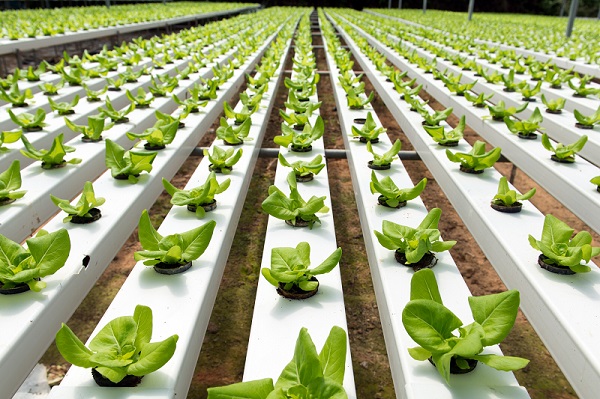 In Malaysia, agriculture is split into two groups – agro-food and plantation. Agro-food is defined as crops (fruits, vegetables, flowers, etc), livestock (dairy, poultry) and fisheries (including wild-caught and aquaculture).

The agro-food subsector includes production, processing and logistics. In 2017, agro-food contributed 39.3% to the total added value of the agriculture sector, and 26.8% to the employment of the sector.

Several programmes are being implemented under the National Agro-Food Policy (2011-2020) to improve the subsector’s performance. The measures taken include increasing food production through optimised and sustainable land development, upgrading agricultural infrastructure, as well as increasing the quality and safety of food by improving compliance to standards.

Challenges in the agro-food subsector

“Malaysians have a romantic notion that we are an agriculture country, but actually, we are not,” says Dr Nungsari Ahmad Radhi, the Agro-food Productivity Nexus Champion.

“We have lots of rain, good soil, and lots of sunshine. In terms of natural endowment and geographical location, we are well-positioned for agriculture and agro-food production. But we don’t do it, because we focus a lot on palm oil, and technical expertise tends to be invested in those areas.”

In its quest to enhance productivity in Malaysia for the past 25 years, MPC has conducted talks and workshops, developed training programmes, provided advisory and consultancy services on productivity improvement, and also awarded grants and recognitions to exemplary organisations which conducted research projects related to productivity.

In the 2000s, MPC developed benchmarking and best practices, studying how to enhance competitiveness and innovation at the national level. To further accelerate productivity growth, the Economic Planning Unit (EPU) launched the Malaysia Productivity Blueprint (MPB) in 2017. Nine priority subsectors were identified, one of which is agro-food.

“We have been importing a lot of food. And the one successful livestock that we have, chicken (poultry), depends a lot on imported feed (like corn). Despite having a huge import bill for food, we haven’t been doing enough in our local agro-food subsector,” says Dr Nungsari, who is also the executive chairman of the Malaysian Aviation Commission (MAVCOM).

“We have quite a few listed companies in food, which do canning, processing, seafood, etc. But they don’t depend on the upstream production in Malaysia. They bring in the materials needed, but they sell domestically.”

“Productivity can only result from better utilisation of existing resources, which are land, people and technology, but it has to be commercially viable. The reason why we are involved in plantations is because it is commercially viable. However, foreign labour is commonly used and the productivity has not improved over the years,” Dr Nungsari explains.

The Agro-food Productivity Nexus is involved in three levels – national, industry and enterprise.

The industry level covers issues about standards, such as food safety and security standards, as well as regulations. These include farm certification standards and processing standards.

“The Agriculture Ministry has already come up with standards and good practices. Standards are introduced in different parts, such as farm standards, processing (in manufacturing), logistics, etc.”

“But nowadays, people want traceability. If anything happens, people must be able to trace back to the source of any issue. If you want to export to developed countries, if something happens, they must be traced back to where it came from – which company, which factory, which farm, and which part of the farm did the ingredients come from? The usage of technology is able to fulfil all these standards.”

Supporting through funding and coordination

Set up in 2017, the Nexus helps to fund the installation of sensors, but it has a very small budget for this purpose.

“We do some co-funding, but it’s not just about funding. We do coordinating and building of social capital, (and) work together with the parties concerned,” says Dr Nungsari.

“Sometimes we help to create protocols. For example, one thing we are looking at is the contract farming model, which is a supply chain issue. Small farmers complain that they grow vegetables and fruits and breed livestock, but nobody wants to buy them. Then, you ask the big companies why they import everything, and they say nobody can grow or breed what they want.”

“So before we get the farmers to supply to the big companies, there needs to be a protocol set in place. So, who sets the protocol? A giant company like Nestlé, which had USD91bil in revenue in 2017, will have its own protocols. From seed to final product – they will buy it. But many other smaller companies don’t have protocols.”

“For us to build the protocol and determine what it takes to fulfil the protocol alone is actually messy work. That’s why nobody can beat McDonald’s – because their SOP (standard operating procedure) and manual are very good. From logistics to procurement, employees are trained to do the work step by step. Other fast food companies are not like that.”

“Food production and contract farming should also be like that. We need to build up the protocol and educate the growers to fulfil the processor’s requirements.”

“We don’t do market access, because all the big players are doing it. The Nexus is more focused on helping the firms (by funding sensors and building protocols) and the industry (by improving food safety and setting farm standards),” Dr Nungsari says.

“But many products are not certified. If you go to MAHA and you check out the products (tea, coffee, etc), most of them are not certified and not accredited. So market access will be a problem. They cannot sell it anywhere except domestically, which also says something about our national standards.”

“Some small players did not get accredited due to cost. You have to spend money to get accredited. Market access has to do with fulfilment of standards as part of fulfilling market entry requirements. Being able to enter, and to enter profitably is another thing.”

Dr Nungsari asserts that farmers upstream must be linked to processors downstream.

“If the processor says the farmer should supply a certain amount of a type of fruit, vegetable or livestock by a certain date, then the farmer needs to figure out the processes to enable them to fulfil the order.”

Malaysia is endowed with ample rain and sunshine, as well as fertile soil and has great potential for agriculture and agro-food production. With the proper focus, know-how, support and technology, firms in the agro-food subsector can raise their game to the next level. 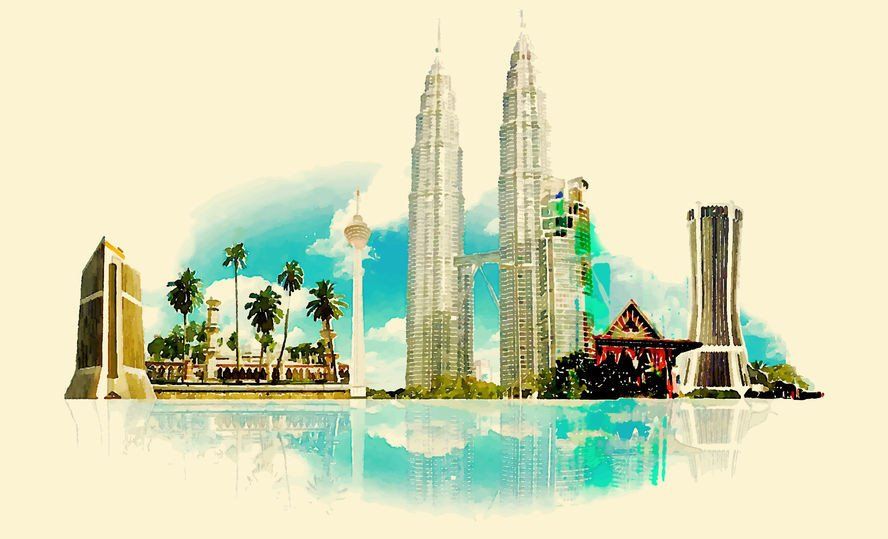 Tourism in Malaysia: The Way Forward