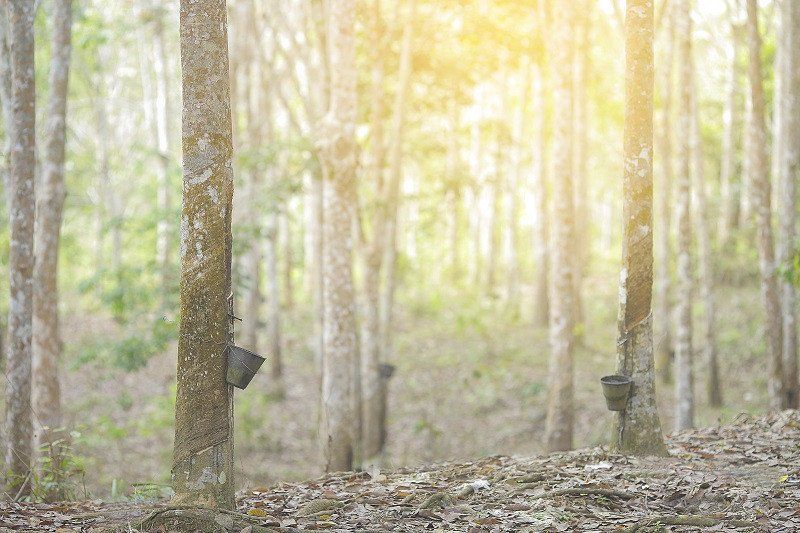 Did you know that Malaysia is home to some of the oldest tropical rainforests in the world?

They are even older than the Amazon, and date back to when dinosaurs still roamed the earth.

It is because of this diverse and abundant natural resource that Malaysia has had a long history in the timber industry and is well-known for its wood-based furniture.

We are currently one of the top 10 exporters of furniture in the world, with approximately 80 per cent of our production sent to countries such as the United States, Japan, Australia, the United Kingdom, and the United Arab Emirates.

Mixed tropical wood was initially the go-to material for the industry, but in the 1980s, rubberwood emerged as an alternative source of timber when the Malaysian government implemented a restriction on logging activities.

Although rubberwood was traditionally regarded as waste, it quickly found widespread use in the wood-based industry, and has been a popular source material for furniture, particleboard and medium-density fibreboard (MDF) since then.

It has also been promoted as a sustainable resource, but Malaysia has seen a major shift from rubber to palm oil over the years, as oil palm crops have been deemed more profitable.

With the total land area dedicated to rubber plantations shrinking and oil palm increasing, the availability of rubberwood for the Malaysian wood-based industry is steadily declining.

As a result, businesses that are reliant on rubberwood are not able to grow any further, and are in fact struggling to find alternative sources of raw material. 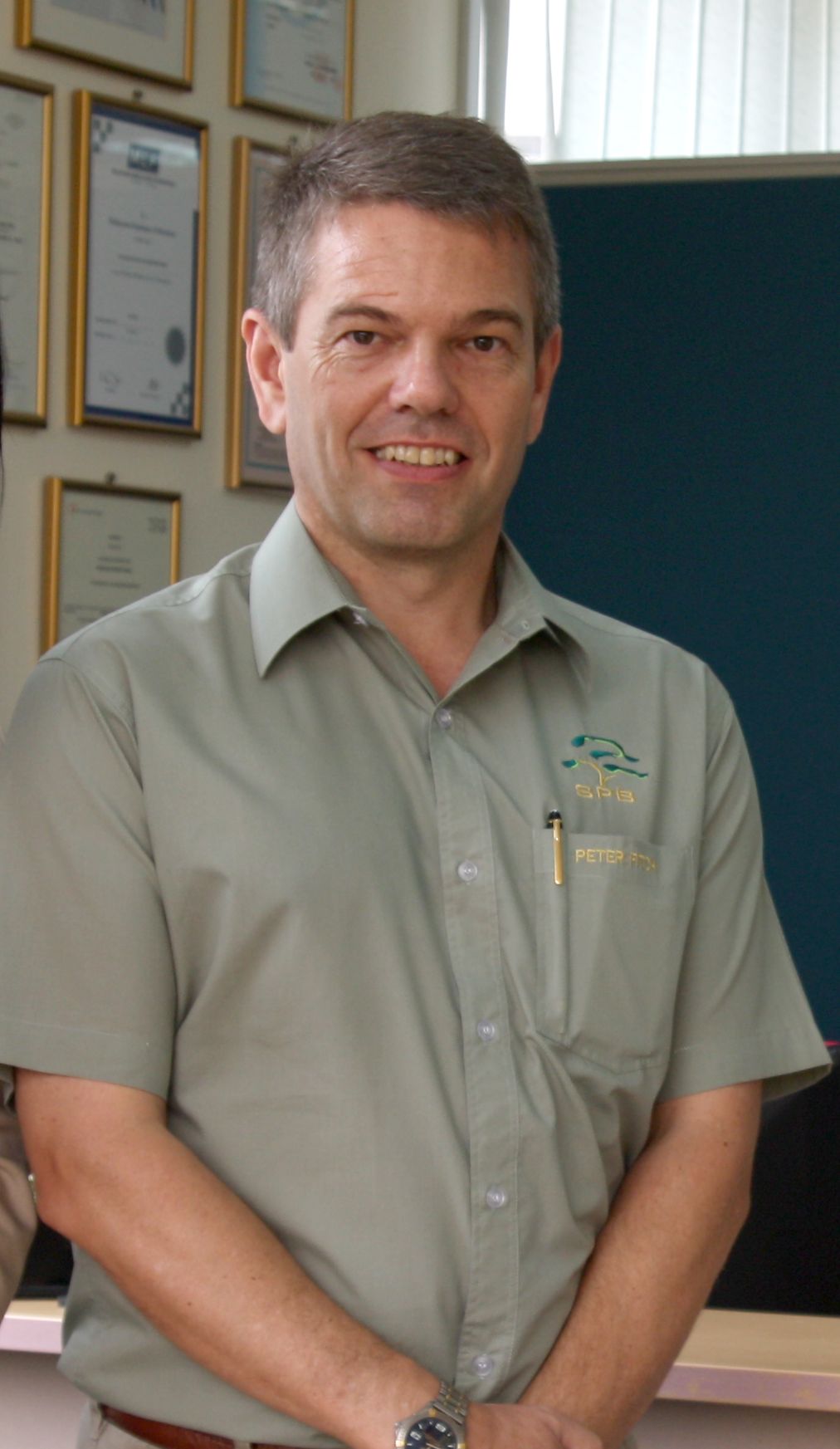 “Globally, we’re moving into a situation where timber will be in short supply because the global population is growing, while the amount of virgin forests is declining,” says Segamat Panel Boards (SPB) managing director, Peter Fitch.

Although Europe, North America, and Japan do have large plantations which are sustainable sources of timber,

Fitch says the issue lies in the fact that these countries are not able to afford the cost of harvesting and processing the raw material since labour costs are high.

On the other hand, China and other countries in Southeast Asia (SEA) and Eastern Europe have relatively low-cost manufacturing.

Unfortunately, these countries lack the sustainably-managed natural resources that Europe, North America and Japan have.

Fitch says: “The biggest manufacturers of furniture and timber products are in China and SEA, so this is where we’re going to have a crisis in terms of the supply of raw material.

“This is also going to be a problem in the Middle East and South Asia – India, Pakistan and Bangladesh. That’s sort of following the same model as what is happening in China and SEA.”

“What we need to do is match the supply of raw material with where the majority of the furniture and timber product manufacturers are,” adds Fitch.

Fitch also emphasises the need for Malaysia to ensure that what we do harvest from our tropical rainforests is sustainable in the long run, as they are already relatively depleted.

In addition, the era of rubberwood in Malaysia, which fuelled the growth of the wood-based manufacturing industry in the past, is also coming to an end.

“This is the dilemma that Malaysia has at the moment,” states Fitch. “There is currently no additional driver to direct the next innovation or the next growth in terms of the manufacturing of furniture and timber-related products.”

Malaysia needs to look into using alternative resources that are easily available ‒ and the raw material that is most abundant but underutilised, is oil palm biomass.

At the moment, these parts of the oil palm are considered waste products, but the potential they hold can be uncovered through further research and development.

This is exactly what SPB has done in recent years. Fitch says that they turned to OPT because mixed tropical wood and rubberwood have already been fully utilised.

“We’ve reached the limit, we can’t go any further,” says Fitch of the possibility of growing the industry further using these raw materials.

He continues: “Oil palm was just staring us in the face every day – somebody needed to use this material to come up with something new.”

That is when SPB reached out to see who they could partner with to delve deeper into research on oil palm and develop new technology that would enable them to not just replace timber, but create a product that is more superior to it.

“We’re looking at designing products from OPT, as opposed to directly substituting it for a timber-type of product.

“We want to make something that is better than the timber products in the current market,” shares Fitch.

When asked about possible solutions for Malaysia’s wood-based industry in the next five to 10 years, Fitch had this to say:

“Personally, I think Malaysia should not be exporting round logs – we should process all the round logs and timber we have nationally, and add value to the resources we have.”

“I think that is the first fundamental step that Malaysia should take, regardless of whether it’s in Peninsular or East Malaysia.”

The second thing, Fitch says, is that there should be proper enforcement of all the current rules, regulations and laws pertaining to forestry and the timber industry.

He is of the opinion that the relevant regulations are already in place, and as long as we step up the enforcement of these laws, the timber industry will be in much better condition in terms of sustainability.

As for the wood panel and sawn timber industries, Fitch thinks that there is not much room for expansion beyond what is currently being done.

“All they can do is to become more efficient in terms of recovery and the way they utilise the valuable raw materials,” he says.

“However, I think the Malaysian furniture industry has a bright future.

“As long as they can be innovative in their designs and automate their processes where possible, they should be able to compete relatively well with China and other large furniture manufacturing countries.”

“They can also bring in raw materials from neighbouring countries such as Thailand and Indonesia so that they have an abundant supply of it,” says Fitch.

Fitch believes that the next driver for the industry’s growth as a whole will be how effectively industry players can utilise and process the raw materials available from the oil palm plantations.

“We need to consolidate, improve our enforcement, and increase our efficiency of processing when it comes to timber, but the growth of the industry will come from oil palm biomass,” states Fitch.

The rainforests are under huge environmental pressure because as the demand for timber goes up, so does the value of timber, which leads to the temptation for more illegal logging.

Rubberwood is on the decline as people replant areas with oil palm, resulting in nearly 800 million standing trunks of oil palm in Peninsular Malaysia alone ‒ all of which are completely underutilised.

“I think Malaysia has to do this. I mean, we’ve got no choice.

“We have such a lot of resources here that are just wasted at the moment; we need to use it for something,” says Fitch.

When asked about the wood-based industry’s shift towards OPT as an alternative to traditional timber, Fitch had this to say:

“We’re starting from a very low base, so it will take time to see some real progress, but it’s already moving towards this direction.

“I think once the technology is perfected and the materials accepted, growth will be exponential.

“Furthermore, the economic multiplier effect for the economy would be tremendous whilst being a positive contributor to Malaysia’s commitment to the Paris Climate Accord.” 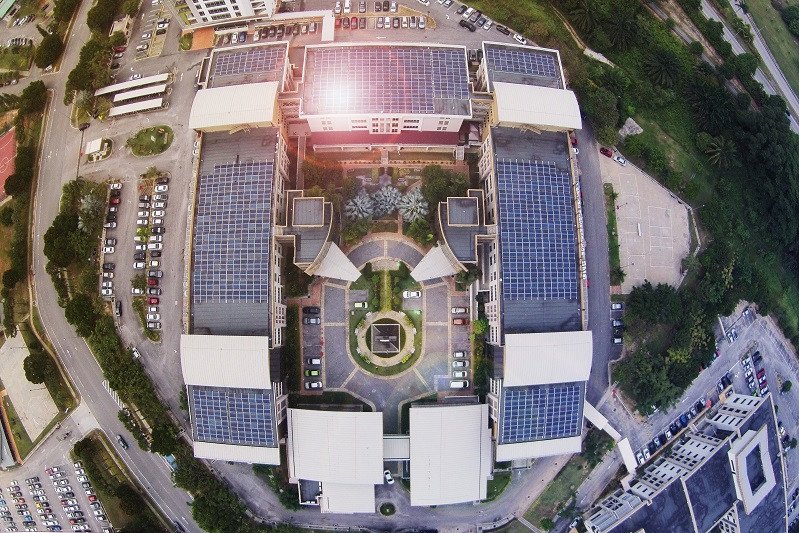 Solar Energy: The Future Of Energy Consumption In Malaysia