Reasons Why Malaysia Is The Start-Up Capital Of SouthEast Asia 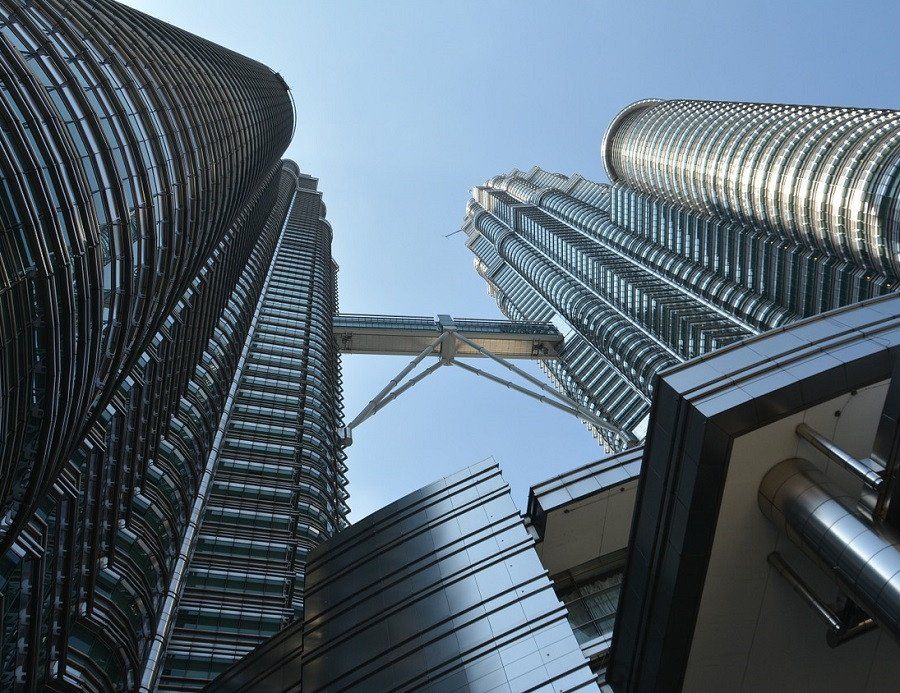 Silicon Valley is the epicentre of Internet lore; however, there is no place on the planet that can match the digital adoption rate of SouthEast Asia. While currently only 40% of SouthEast Asia’s 660 million people are active Internet users, this number is estimated to be 60% by 2020.

Additionally, SouthEast Asia has one of the highest literacy rates and 70% of the workforce are under the age of 40. Nonetheless, despite former US president Barrack Obama’s well publicised pivot to SouthEast Asia with his frequent visits and promotion of the TransPacific Partnership trade deal, most people who do not live in SouthEast Asia may be unaware of the exciting companies and innovations in this region.

The countries that make up this market are quite dissimilar. The culture, religions, and history as well as banking systems, economies and governments are incredibly diverse.

As an example, Vietnam with a communist government and a majority of its citizens following the Vietnamese Folk religion, does not have much in common with Indonesia, a democratic country which is also the most populous Muslim country in the world.

Whenever the global press does spend some ink on the technologies and innovations of SouthEast Asia, it typically focuses on the developing economies (most SouthEast Asian countries can be considered developing) or Singapore, the gleaming financial capital of the region.

What falls below the radar is a country like Malaysia which for the most part, is considered ‘developed’ and is actually the third largest market for start-ups. There are actually some fascinating Malaysian companies and technologies which deserve a mention.

This might interest you: Why You Aren’t Going To Find ‘Unicorns’ In Malaysia

Here’s a short primer on the top Malaysian-founded companies:

Founded by serial entrepreneur, Andy Sitt, 123RF, the flagship of the Inmagine Group is the fourth largest royalty-free digital media library in the world with 60 million stock images, audio clips, video footage and illustration and sales presence in 40 over countries. More than 70% of its sales are from the US and Europe.

Over the years, the creative giant has diversified its portfolio to ensure valued and affordable stock services are available for all; hence sister brands such as inmagine.com, stockunlimited.com and designs.net were introduced.

With presence across images, footage, vectors, templates and design-related services, Inmagine Group is positioning itself to be a creative ecosystem leader to compete against players such as Adobe and Envato.

Founded in Malaysia, but now based in Singapore, Grab is often described as the start-up unicorn of SouthEast Asia. Grab was co-founded by Anthony Tan and Hooi Ling Tan who were motivated to enhance the safety of Malaysia’s sub-standard taxi industry. What began as a taxi booking app company quickly grew into a multi-service transportation provider.

Today, Grab is used by one in nine smartphone users in SouthEast Asia, present in six countries and 30 cities in the region, and offers the most number of transport services which span private cars, carpools and even motorbikes.

Grab’s rapid growth can be attributed to its hyper-local strategy. While Uber and other transportation companies lumped ‘Asia’ into one bucket, Grab had a tailored approach for every city it is in.

For example, Grab introduced cash payment from the get-go because 95% of consumers in South-East Asia do not own credit cards. It launched GrabBike in Indonesia and Vietnam because it was a more desirable way to travel, saving Indonesians up to 2.5 hours per trip on their daily commute.

This might interest you: 4 Things To Consider When You Scale Up Your Start-Up

Listed on the London Stock Exchange, Fusionex helps its clients manage, understand, and derive value from data. With offices in Asia, Europe, and the United States, Fusionex works with many Fortune 500 clients worldwide, bringing innovative, breakthrough concepts and solutions to its clients.

Fusionex’s main challenge lies in educating businesses and organisations on how software solutions can actually help them in providing insight to their data – insight that was not previously made available to them.

This is especially true in Asian markets where the level of awareness in terms of the value that can be derived from data is on the cusp of transitioning from infancy stages. Businesses are still more cautious about investing in a system that they don’t know, preferring the tried ‘wait and see’ approach, unaware of the growing trends which are overtaking businesses elsewhere.

iflix is a subscription Video-on-Demand platform based in Kuala Lumpur and is considered the Netflix of Asia. iflix has partnerships with over 150 of the world’s most highly-acclaimed studios and content distributors globally. Their vast library of visual content includes exclusive rights to many award-winning shows, highly-acclaimed and popular iconic and current television shows and movies, and a huge slate of kids programmes, as well as an exceptional offering of regional and local content.

Check out our interview with the iflix Group COO and CEO of iflix Malaysia, before he became one:

The Company’s Advisory Board comprises Hollywood’s most elite business and creative leaders. Currently available in Malaysia, the Philippines, Thailand, Indonesia, Sri Lanka and Brunei, the company has announced plans to expand into additional key emerging markets globally in the coming months. Since going live in May 2015, iflix has over four million members across the region.

HappyFresh is SouthEast Asia’s leading hyper-local food-tech company, enabling consumers to shop from their favourite grocery retailers via mobile and web platforms; using technology to enable delivery within one hour, even in traffic-congested cities such as Jakarta, Bangkok and Kuala Lumpur.

For their supermarket partners, they provide an end-to-end, plug-and-play, performance-based, e-commerce solution. This enables them to concentrate on their business priorities, whilst still keeping up with the growing trend of online shopping. Many retailers in the region are working with little to no data and legacy systems, they also provide them with invaluable insight into their customers’ purchasing behaviours, the completeness of their product assortment, their price competitiveness and inventory management capabilities.

This is only the beginning

In all of SouthEast Asia, it is still the early days of technology innovation; however, Malaysia’s creations may be the ones that leave the biggest marks.

Two Malaysian companies, Grab and Iflix, are the bulwark to complete global dominance by Uber and Netflix respectively. With others like Happy Fresh and 123RF clawing their way to incredible growth, Malaysia’s successes will soon break their cloak of invisibility and the world will take notice.

Eli Schwartz is the Director of International Marketing for SurveyMonkey, the world’s largest online survey platform. Eli has consulted with numerous start-ups and online enterprises, helping them to build user acquisition strategies. He is also an advisor and mentor at accelerators and incubators in the US, Singapore, Indonesia, and Malaysia. To get in touch with him, e-mail us at editor@leaderonomics.com. 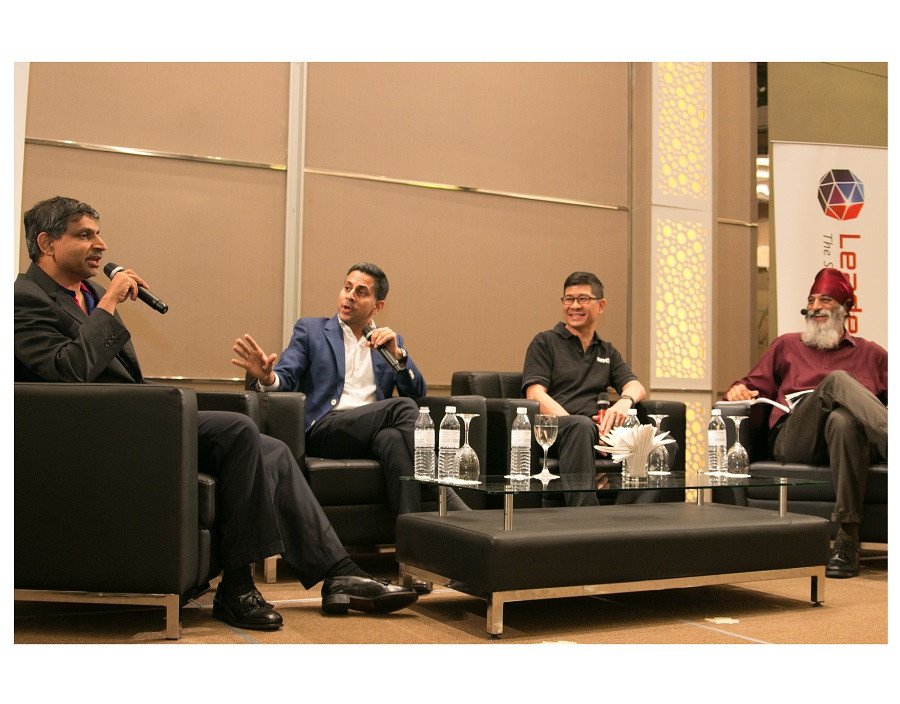